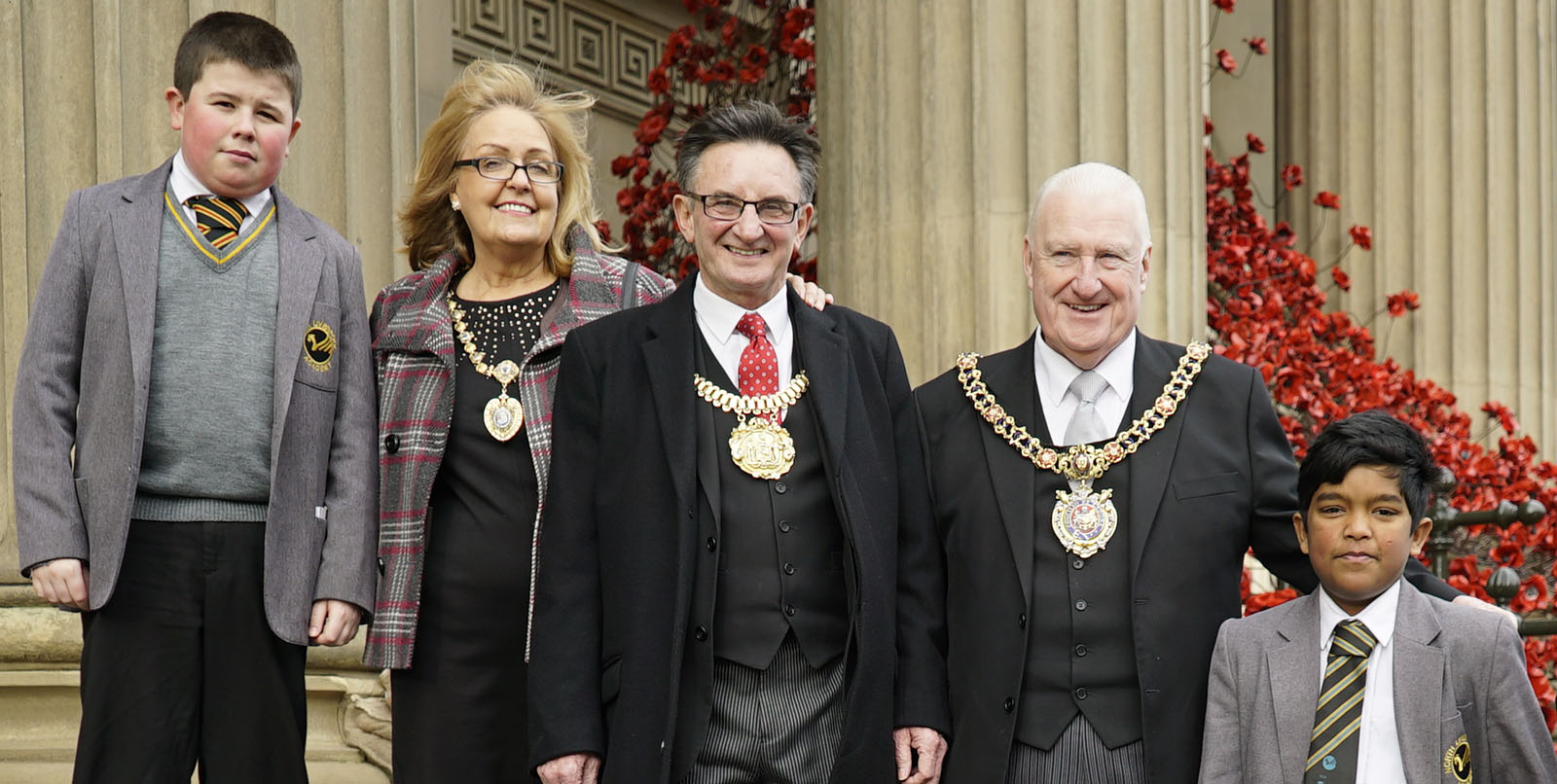 The great northern cities of Liverpool and Manchester entered a joint bid in 2014 for the Royal Botanic Gardens, Kew’s Grow Wild England Flagship Award which they called A Tale of Two Cities after the 1859 novel by Charles Dickens. Happily, A Tale of Two Cities won by public vote in November 2014 beating off competition from other cities across Britain.

Supported by the Big Lottery Fund and led by Royal Botanical Gardens, Kew, the Grow Wild Project has inspired communities, artists, agencies and schools in Liverpool and Manchester to come together to transform local spaces, by sowing, growing and enjoying native wild flowers.

Students from North Liverpool Academy were lucky enough to be involved in the Grow Wild project which included sowing wild flower seeds in the meadows on the slopes of Everton Park last Spring and Art students screen printing Mosaics of ‘The Lost Tribes of Everton’ which are featured in the Exhibition.

Everton Park became a breath-taking live display of poppies and wild flowers in the summer of 2015. Poppies are the most evocative of all wildflowers, and, with The Weeping Willow ceramic poppy installation on the steps of St. George’s Hall, this seems a fitting place to reflect on the symbolism of poppies and wildflowers across our many cultures in both cities.

On Thursday 7th January, two lucky students from North Liverpool Academy were invited to attend the Northern Flowerhouse Exhibition at St George’s Hall where the Lord Mayors of both cities welcomed and thanked guests from the two cities who made it all possible followed by a viewing of the special exhibition to commemorate the project. James and Kansan were chosen to attend the exhibition due to their participation in the Grow Wild Project, as well as for helping to set-up and develop the NLA In Bloom Gardening Allotment throughout 2015.

Along with children from the Beacon, Faith Primary and Our Lady Immaculate, they toured the exhibition inside the astounding dungeons of St George’s Hall and mingled with guests such as Ken Rodgers, the Historian and former Sports Journalist. They were then treated to songs by artists from both Liverpool and Manchester. Liverpool’s Ian Prowse sang ‘Lest We Forget’ while Manchester’s Shoa Osbourne and Michael Seary premiered ‘Vision in Bloom’.

Kansan said, “I enjoyed the exhibition but the highlight for me was meeting Ken Rodgers who has met lots of Liverpool and Everton players!” Fellow student John added, “I was amazed at how Everton has changed over the years and I liked the Mosaics that our Art students made!”

Mr Devey, Community Coordinator remarked, “We are so proud to be involved in the Tale of Two Cities project and would like to thank Richard Scott and Polly Mosely for all of the amazing activities that have been provided to NLA through this project. Our Art students learned how to make Mosaics, studied Art by Andy Warhol and worked with amazing artists from Studio 69a amongst other projects this year. We can’t wait to work with them again in 2016.”

The exhibition is free and open to the public until January 17th 2016.