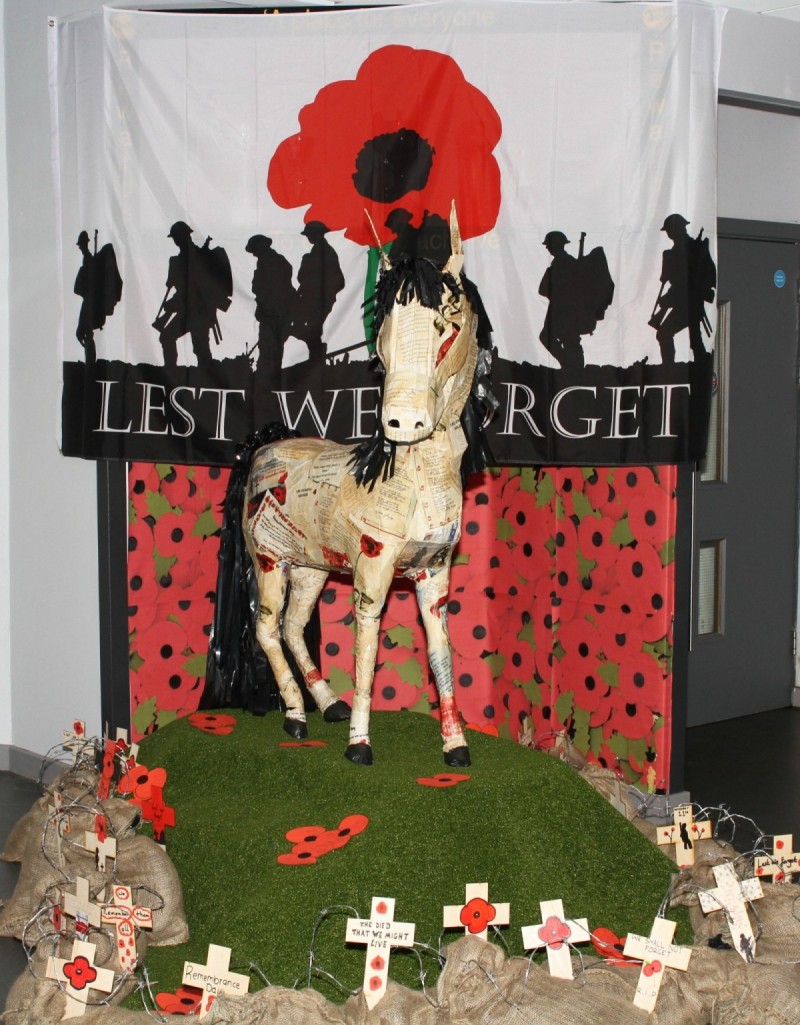 Today North Liverpool Academy fell silent in Remembrance of all those who have sacrificed themselves to protect and secure our freedom. The start of the two minutes silence was signalled by a broadcasting throughout the Academy of The Last Post, and was closed with Reveille.
Each year students come up with creative and innovative ways to commemorate those that have fallen in conflict and mark this very special day. In 2014 a team of staff and students from North Liverpool Academy created and installed a replica Spitfire from papier mache, taking inspiration from the Colditz Glider.
For 2015 the students have taken their inspiration from Michael Morpurgo’s ‘War Horse’, creating a smaller scale horse covered in poems by seminal War Poets including Siegried Sassoon and Wilfred Owen. A collaborative project between staff and students, the war horse is a moving tribute. Many of our students have brothers or sisters, parents or aunts and uncles that are currently serving in British armed forces and are present in conflicts around the globe.
Remembrance Service coordinator Ms Babb said “it is touching how every year our students go above and beyond to demonstrate that Remembrance Day is very important to them. All ideas about the artistic project we create alongside the two minutes silence, come from them. It is a beautiful time in the school calendar to be involved in and the students are a credit to themselves and the Academy.”
The War Horse is on display in the main refectory of the school and each student has contributed their own poppy or cross with messages of thoughts and remembrance.