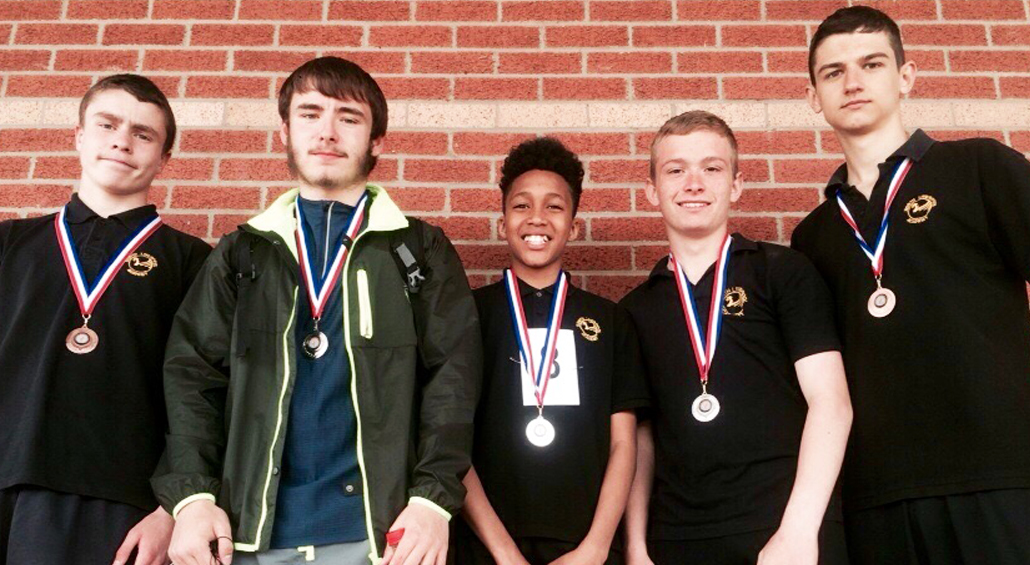 With temperatures soaring both on and off the track, the Academy continued year-on-year improvement seeing a new best of 40 qualifiers for the city finals across both track and field events in both the boys and girls competitions.

Hopes were high for North Liverpool Academy who were looking to beat last year’s best medal haul of 7 as the Academy looked to continue to enhance its rapidly growing reputation among the local athletics scene.

First up was the boy’s event which featured an even spread of representatives across all year groups for both track and field. The first medal came from Jahquesai in the Year 7 long jump, taking the silver medal with an impressive jump of 4.23m. Further success in the sand continued with, Bart of Year 9 jumping 4.82m to claim the bronze medal in only his 2nd ever competitive outing at the event.

Out in the field Year 9 Michael threw an impressive 28.23m to finish 2nd and claim silver despite throwing two ‘no-throws’ in the javelin competition. Elsewhere, last year’s shot-put champion James claimed 2nd place in the discus with a throw of 25.4m.

The final of the day’s success came on the track with Anthony (pipped to a medal at the finish line at last year’s event) looking strong to finish 3rd in the 1500m with a time of 5:03 minutes – a new personal best.

Later in the week it was the turn of the girl’s athletics team who were in buoyant mood following on from their strong qualifying round. In Year 8, Paris showed great determination to battle to 2nd place in the long jump competition with a distance of 4.66m. Out in the field, Kortnee of Year 10 claimed bronze with a strong showing in the high jump with a height of 1.25m. The final medal of the girl’s competition came from all round athlete Molly who managed to finish strongly in 2nd place with a throw of 18.31m.

Mr Metcalf said “Our students have done magnificently throughout the athletics season and that has shown in the school claiming not only their highest number of qualifiers, but also our best ever medal haul beating last year’s total by 2 medals. Well done to all of our students that trialled throughout the season for making us such a competitive squad”.