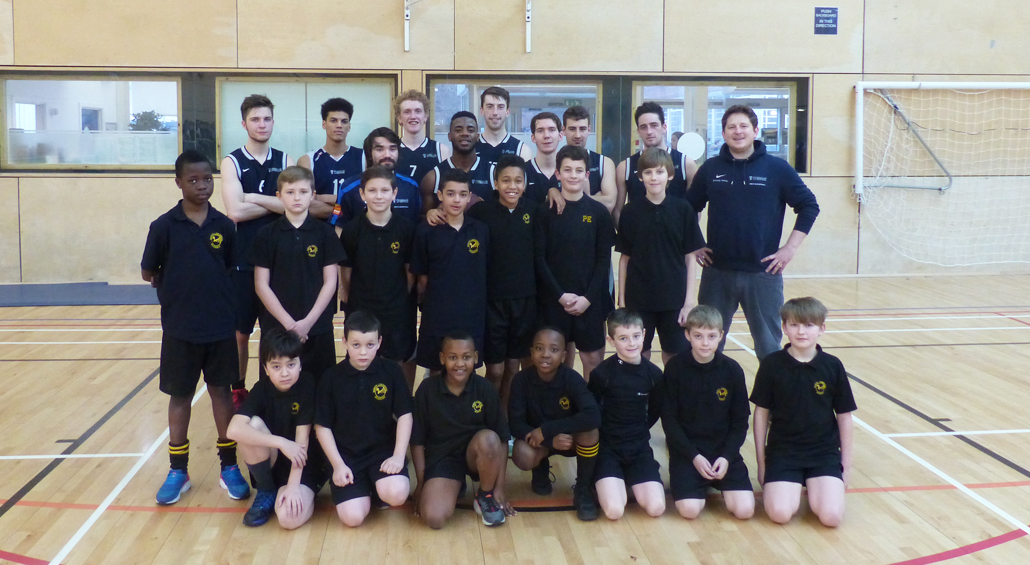 Following this the boys got to sample some of their talents in front of the players when they were allowed on court during the half-time interval – the boys impressive lay-up and ball handling skills were evident throughout.

Our trip was rounded off with the team being able to meet the University squad after the game. The North Liverpool Academy squad have won their basketball league with a perfect record beating St Francis of Assisi, Cardinal Heenan, Notre Dame and Archbishop Beck on the way.

One student said “I hope that one day I can play University basketball in America and eventually play in the NBA.”

PE teacher Mr Metcalf commented “The students have been inspired by their visit and it is my dream to one day return to watch one of our own representing the University side.”