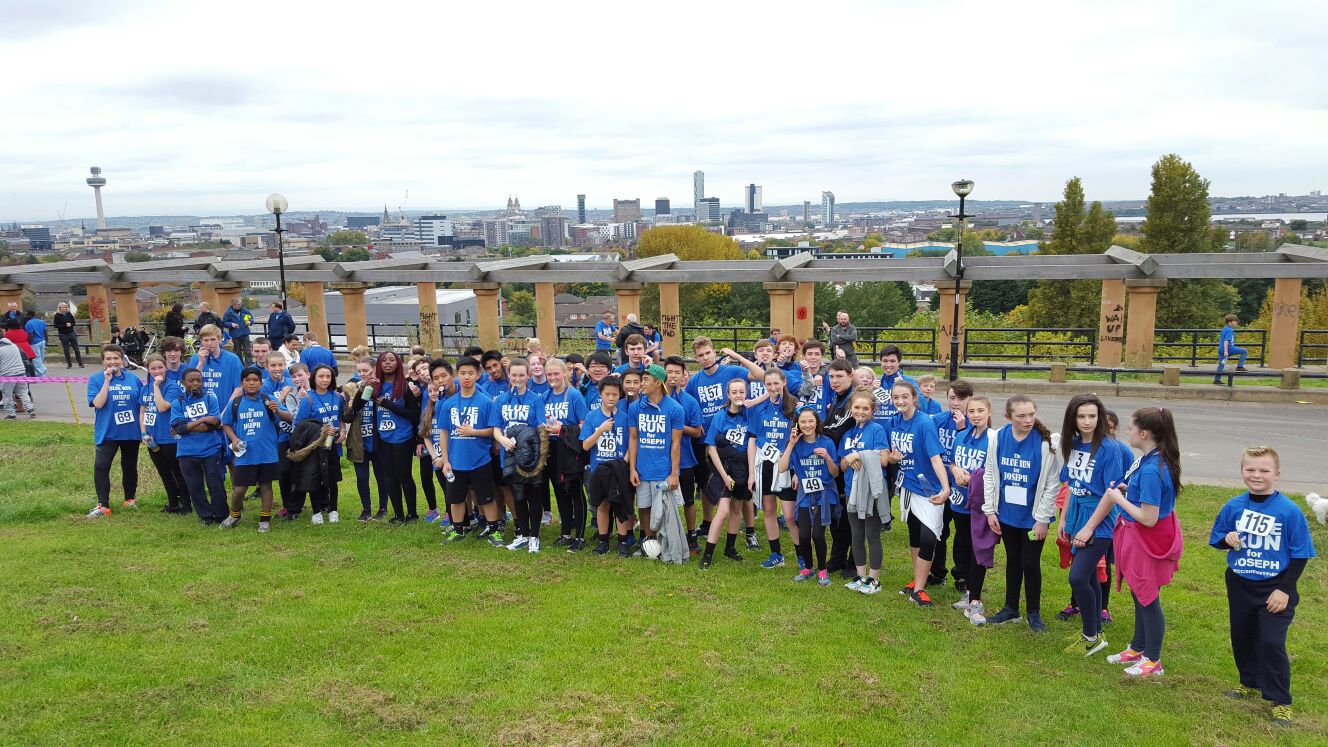 This weekend a number of North Liverpool Academy students and staff took part in the annual ‘Out of the Blue Run’ around Everton Park.

The Run is organised in memory of young army cadet, Joseph Lappin. Joseph was just 16 years old when he was fatally stabbed outside a local youth club.

The students and staff who participated put there all into the run and were exemplary ambassadors for themselves, the school and our community. Run organiser Paul Edwards sent in a lovely commendation to Progress Leader and PE Teacher Miss Kennedy which read:

“Well you did it again – what a fab turn out from your kids – they did you and the school proud – one of the nicest bunch of young people I’ve encountered – they put heart, soul and lungs into it magnificently. The Lappin family was so moved by the support and the wider community were really uplifted by the whole event.”

We have been so moved by their commitment to doing their absolute best and were warmed to hear these kind words from Paul. We look forward to participating again next year. A big thank you to Miss Kennedy for arranging our involvement.