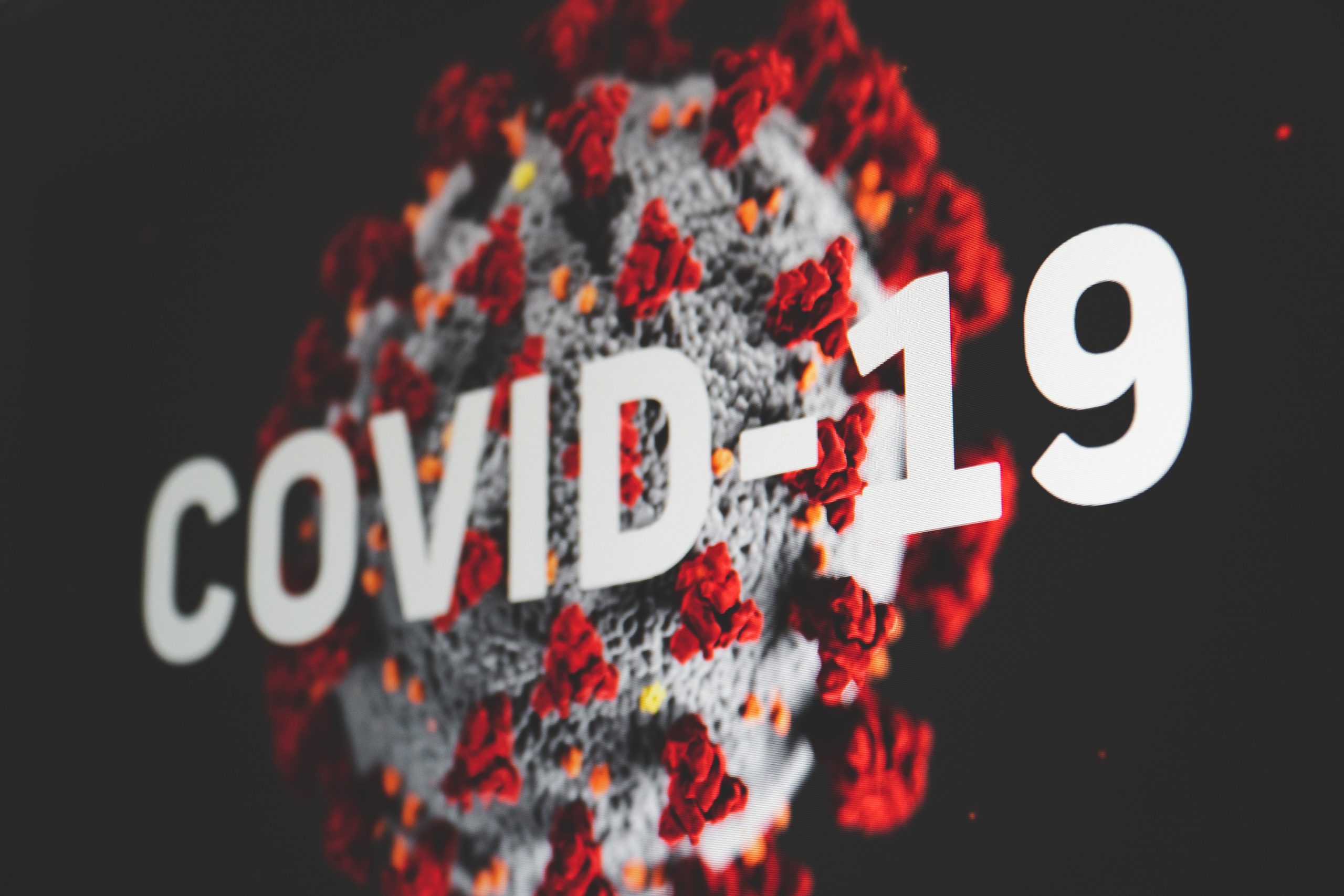 This is a short series of science-oriented posts on the current Coronavirus pandemic. I intend to release them in bite-sized narratives and so there will be 3-4 to follow. All questions and comments welcome, but I should make it clear I am not a virology expert. It has been written for school students and teachers, but it may be of interest to current undergraduate students.

The subject on everyone’s lips (hopefully metaphorically and not physically!) is the Coronavirus pandemic. With a tsunami of information everywhere, I thought I would provide some background to the issues that have cropped up in my conversations with colleagues, students and friends. My emphasis will be scientific and not behavioural, but hopefully it will clarify some misconceptions and provide the facts as they relate to other historic viral epidemics. At the end of each post I shall provide a glossary to ensure you have a good working definition of key words (which I shall highlight in bold at the first mention). Ideally, these posts will serve as a resource and please feel free to post questions, which I will do my best to answer in a timely way. I shall begin with some generic properties of all known viruses and then I shall focus on some of the well known examples.

Let’s begin with a the word virus itself, originating from Latin, where it was used to describe a poison from an animal such as a snake’s venom. It was then in 1900 that medical researchers recognized that some infectious agents or particles could be selectively removed by simple filtering procedures. This provides the dictionary definition below with the reference to virus dimensions (20-300nm). Interestingly Google’s Ngram analysis identifies the 1980-1995 period as the period of most frequent printed use of the word virus (I am betting this will be overtaken by 2015-2025, when it gets analysed!). My favourite definition is given below and was obtained from www.dictionary.com 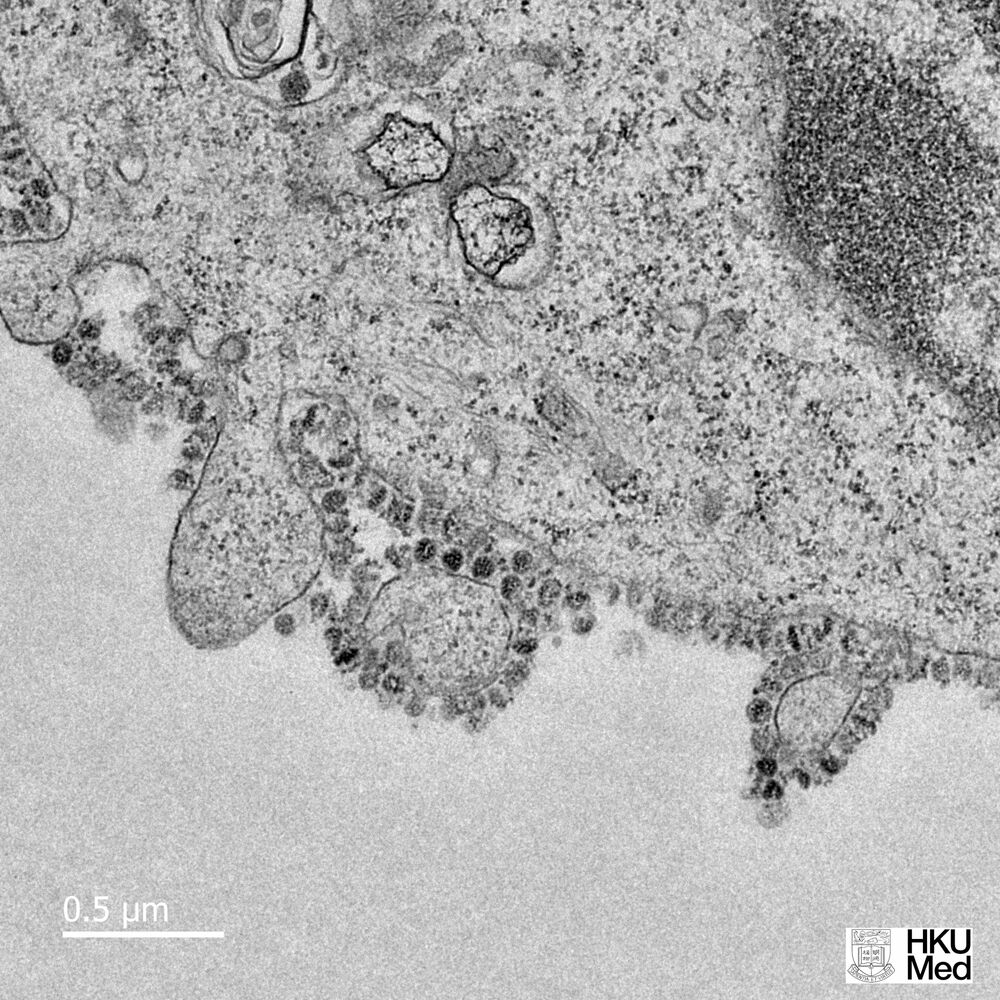 A virus is an ultramicroscopic (20 to 300 nm in diameter), metabolically inert, infectious agent that replicates only within the cells of living hosts, mainly bacteria, plants, and animals: composed of an RNA or DNA core, a protein coat, and, in more complex types, a surrounding envelope.

Let’s unpack some of these terms. Ultra-microscopic implies that the virus cannot be “seen” using a conventional “light microscope”, used routinely to look at bacteria or human blood cells (for example). An electron microscope is required for direct visualization, and the image on the right was taken by researchers at the University of Hong Kong. The scale bar shows the virus (looking like a crown or corona from the Latin again, or ancient Greek for a wreath (classical scholars among you will be familiar with the Olympic victor’s wreath, made from olive branches) entering a human cell prior to its reproduction. The white scale bar shows the diameter of the virus as approximately 500nm (slightly larger than the dictionary definition). The virus genome will be discussed later, but the term metabolically inert refers to the fact that viruses of this kind are absolutely dependent on the host for providing energy (in the form of ATP) for their reproduction (often called replication): they cannot produce energy from food: they “steal” it from the host. The terms RNA, DNA, protein (coat and envelope) describe the classes of macromolecules associated with information (RNA and not DNA in the case of covid-19), structural and catalytic components (proteins) and the “protective shell” or envelope surrounding the virus particle.

In short then, covid-19 is an RNA virus capable of infecting humans primarily through a respiratory route (nose and mouth). It is around 500nm in diameter (a typical lung cell has a diameter of 8000nm: assuming viruses and cells are perfect spheres, what would be their respective volumes and what would be the capacity of each cell for virus particles?). It is an enveloped virus surrounded by a lipid membrane, into which a number of major “spike” proteins are embedded. It is these spike proteins that establish contact with respiratory cells prior to invasion of the cell itself (as shown above). The spike protein will assume importance in subsequent discussions of vaccination strategies.

The first detailed analysis of any RNA virus was the subject of the 1946 Nobel Prize awarded to three protein scientists, including Wendell Stanley for his work on Tobacco Mosaic Virus (TMV). In a seminal paper published in 1935 (yes 85 years ago!). Stanley purified and crystallized this cylindrical virus and demonstrated that the pure preparation could elicit the biologically common infection of tobacco plant leaves as shown in the image on the left. In 1935, proof that DNA was the genetic material was unavailable, and moreover, methods did not exist to easily identify and characterize RNA molecules. Today we know that some of the major pathogenic viruses are encoded by RNA and not DNA genomes.

The diagram on the right, compares the structural features of covid-19 (left) and TMV (middle)  alongside another well known pathogen, the norovirus. These three viruses share some things in common, but covid-19 (like HIV) is an enveloped virus: the other two have capsids not envelopes and importantly, alcohol gel is ineffective in eradicating norovirus, but effective at inactivating covid-19. In general hand-washing with soap is the best way to reduce viral transmission, since the viruses we are likely to encounter could be of either type. All RNA viruses that infect eukaryotic host cells (plant or animal) must either express their genes from the injected RNA by direct transcription, or by first converting the RNA genome into DNA, through the action of the enzyme Reverse Transcriptase. With the viral genome now in the form of DNA, the host cell machinery that converts its own structural genes into first mRNA and then proteins, is hijacked by the virus genome. The result is a rapid accumulation of the building blocks needed to make more virus particles. When the cell capacity is exceeded, the infectious particles are released and the host begins to mount an immune defence. (I shall discuss this process in the light of the recent work published by the Australian virology group, but I do like this NYT graphic summary).

To end this first installment, one question I have been asked is “how does covid-19 compare with small-pox virus”? By the end of the eighteenth century, smallpox was responsible for killing around 10% of the world population….. and then along came Edward Jenner (here is one link that looks at the historical eradication of smallpox). The origins of variola virus (the cause of small pox and cow pox) are unknown, but certainly date back to the third century BCE. Variola viruses are unlike covid-19 in one important respect: they are DNA viruses. Why is this important? Viruses encoded by DNA genomes are less likely to mutate than RNA viruses, since the process of viral genome replication is less “error-prone” in DNA viruses and therefore the equivalents of the “spike proteins” in variola viruses present an easier target for vaccine production. For this reason, unlike flu vaccines, which are produced seasonally, smallpox vaccines can be stockpiled through the agency of the World Health Organisation (a valuable resource in all ways). There are over 30m shots of vaccine in deep storage, just in case this disease, which is in fact the only disease to have been completely eradicated globally, should ever re-surface. Clearly the successful vaccination against covid-19 is a priority and…

Glossary of Terms (in order of appearance in the text)

Epidemic and pandemic (from the US center for disease control)

Occasionally, the amount of disease in a community rises above the expected level. Epidemic refers to an increase, often sudden, in the number of cases of a disease above what is normally expected (this called endemic)  in that population in that area. Outbreak carries the same definition of epidemic, but is often used for a more limited geographic area. Cluster refers to an aggregation of cases grouped in place and time that are suspected to be greater than the number expected, even though the expected number may not be known. Pandemic refers to an epidemic that has spread over several countries or continents, usually affecting a large number of people.

Filtering is simply a process by which small and large particles are separated. It is a slightly more sophisticated form of sieving in which a liquid is passed through a barrier (such as paper or a plastic mesh). The holes in the filter can be manufactured to allow (in this case) particles of less than 1000nm diameter through (the viruses), leaving the cells on the filter itself.

RNA, DNA protein (these are discussed above), but formally, deoxyribonucleic acids differ chemically  from ribonucleic acids by virtue of a single oxygen atom per sugar (see RHS). One of the consequences of this difference is that DNA molecules form Watson and Crick based paired double helices, whereas RNA molecules form heterogeneous mixtures of helical regions and single-strands. In both bacterial and mammalian cells Francis Crick proposed the central dogma of molecular biology which states that DNA makes RNA (the process called transcription) makes protein (the process of translation). In the case of retroviruses, by definition, the genomic RNA must first be turned into DNA (through the action of the enzyme Reverse Transcriptase) before the proteins that make up the viral coat can be expressed in the host cell. 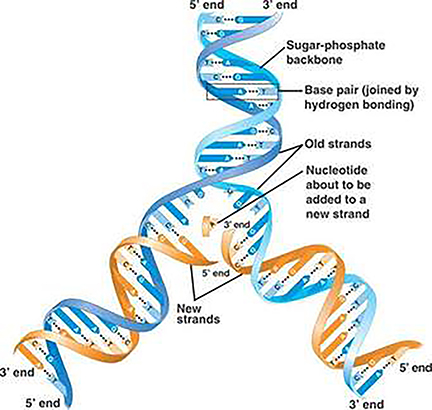 Replication is the term used to describe the duplication of a genome. In the case of DNA genomes, the enzyme DNA polymerase (which varies considerably in its complexity, from bacteria to man, but is renowned for making very few mistakes) catalyses the copying of DNA to generate new chromosomes. In the case of viral replication, many copies of the viral genome must be replicated to be packaged into the viral capsid (protein shell) or envelope (protein and lipid coat). The original concept of replication was suggested by Watson and Crick in 1953 and through the pioneering work of (Arthur) Kornberg and Meselson and Stahl, we now have a good understanding of the molecular basis of DNA replication as shown diagrammatically on the left. If the genome is made from RNA instead of DNA, replication is much more like transcription and since he transcribing enzyme, RNA polymerase is more careless than DNA polymerase, mutations arise more frequently in RNA viruses.

Thanks for the request from Anudhi regarding the specifics of replication in corona viruses, here is a summary of the properties of the Replicase gene. Like many RNA viruses, the proteins encoded in the RNA are expressed as a poly-protein which requires processing by a protease prior to assembly of the functional protein: in this case the replicase. The two replicase proteins combine to catalyse both transcription of the viral genome and replication in order that the genome can be packaged following assembly of new virus particles. The genome is just less than 30 000 nucleotides and an overview of the related SARS corona-virus can be found here for those of you who want more details.