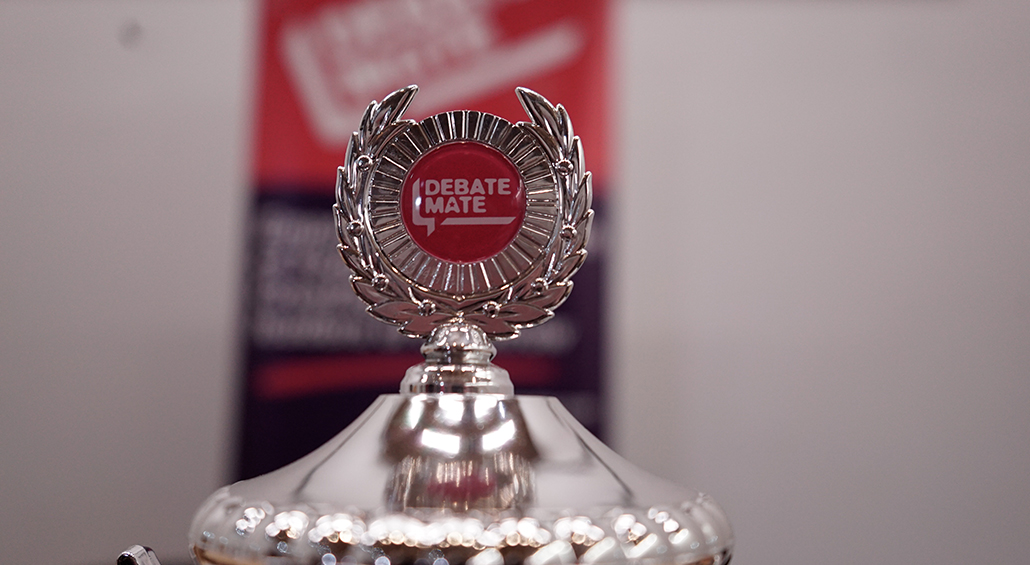 North Liverpool Academy has secured another success in the local rounds of Debate Mate, a national debating competition that involves more than 20 counties and 200 schools across England.

The Academy’s ‘A’ Team placed in the top two amongst sixteen regional teams and will be travelling to London at the end of June to compete against other schools in the national Grand Final.

Three North Liverpool Academy teams made it to the regional final, including a team of our youngest students in Year 7. The ‘B’ team also found success, finishing 5th overall.

The ‘A’ team faced competition from The Mosslands School in the final. The motion they debated was ‘this house would allow British Policemen to carry guns’, with both teams debating fiercely.

The Academy wishes Lauren, Olivia, Jerome, Kieran and Ayesha all the best for their trip to compete in London.

The North Liverpool Academy Debate Club runs every Tuesday and is open to all students.