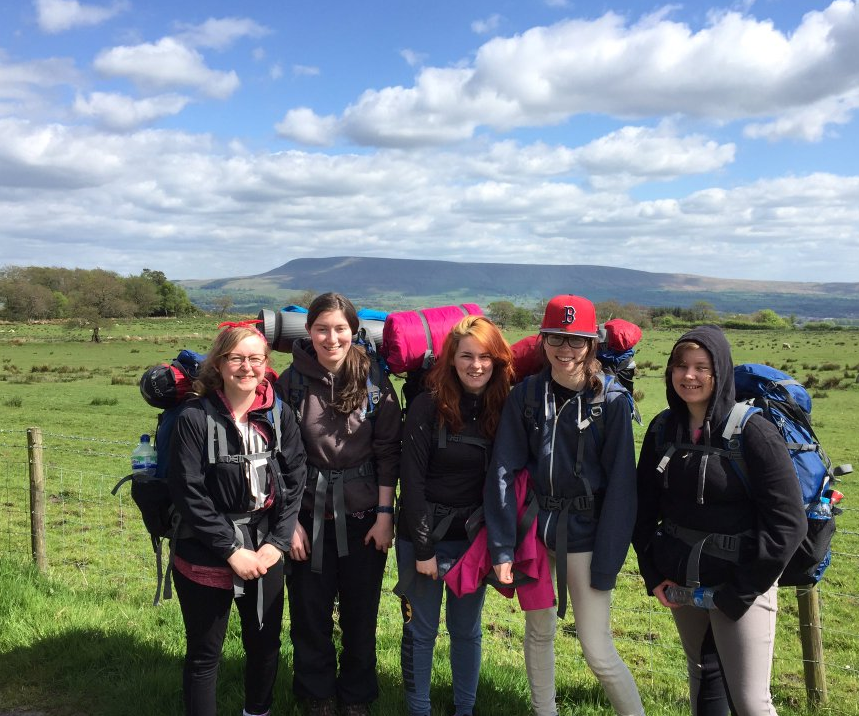 Last weekend, 32 students from across the UTC and The Studio took part in their Bronze expedition in Waddington and Clitheroe.

Students were treated to some lovely weather across the weekend, as they walked a total of 25km, carrying full expedition kit! Everyone was on track (most of the time) and they enjoyed some of Lancashire’s most pleasant countryside, some of its most expensive houses and some interesting encounters with sheep and cows!

As the evening came in, students cooked their own food on camping stoves and then settled into their tents for what proved to be a chilly night.

Mr Foulkes, Duke of Edinburgh Manager said – “The weekend was a real challenge for our students. This was the first time some had stayed away from home, slept in a tent, read a map and carried their accommodation on their backs. Everyone worked well together, including the cross school teams, and hopefully enjoyed the campfire and marshmallows. There might be a few aching backs and shoulders in school today!”

This was the second of three expeditions. The first was at Parbold in Wigan in March and the final qualifying expedition will be in North Wales on 25th-26th June which will include Year 11.

A big thank you to everyone involved in the Duke of Edinburgh, it was recognised as a strength in the recent Ofsted report!