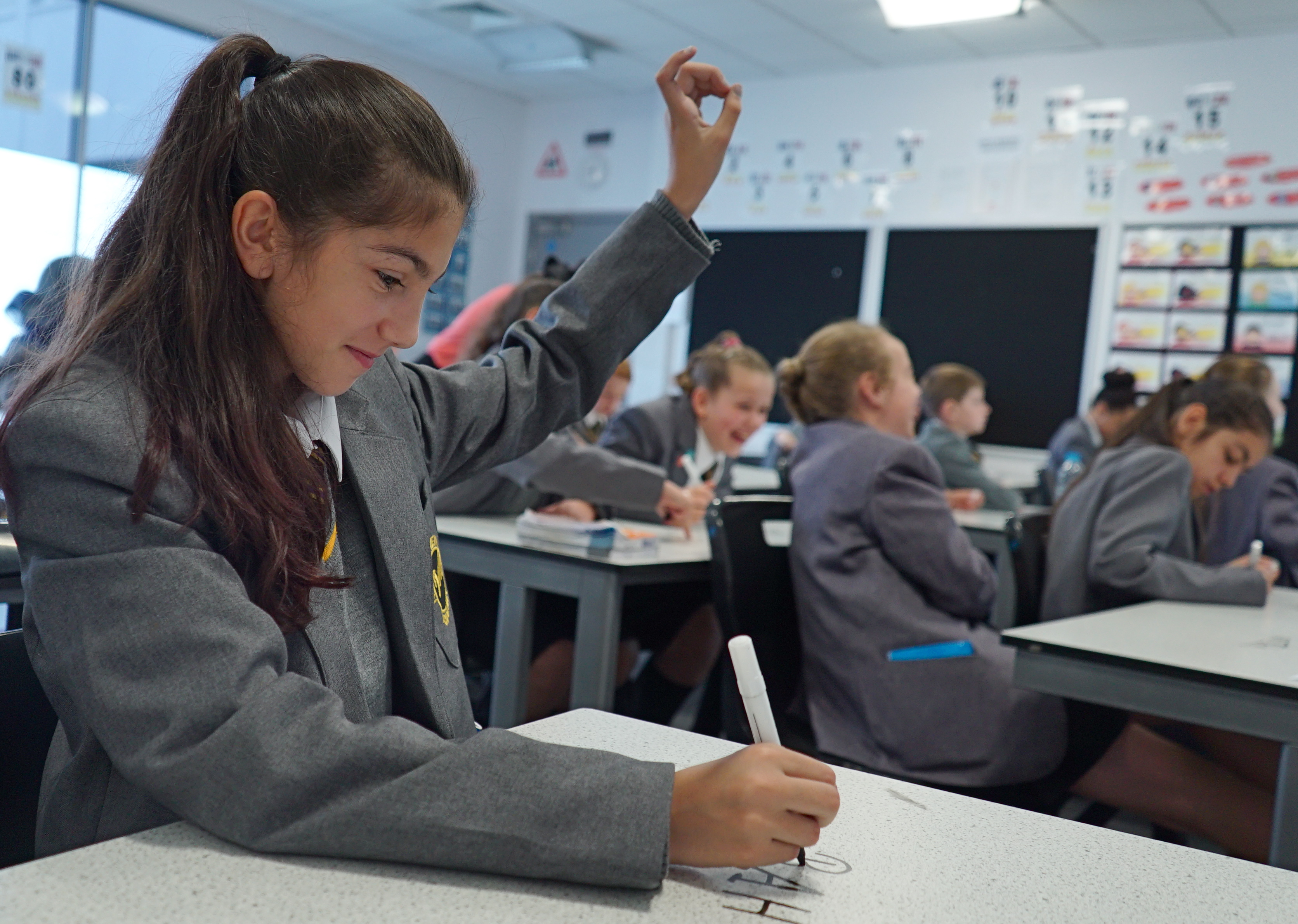 Last week North Liverpool Academy celebrated European Day of Languages in style with a series of activities involving the whole school, across every curriculum department.

It  began in form time when all years took part in a quiz on languages and cultures, won convincingly by McGough House! 6th Form had a slight twist as they were introduced to a powerpoint on University and Employment Choices from engaging with Languages, including the Erasmus scheme which provides students with the opportunity to spend part of their University career at an International Institution of choice.

The factual fun continued as Years 7 and 8 took part in a Language Treasure Hunt around school.Students were given a list of vocabulary to find around the school whilst on their way to lessons or on lunch and break times, the added twist being it was all in Spanish! Successful students were awarded merits for completing the list.

Finally it was the staff who were the subject of the research as Years 10 and 11 were given the task of finding out about the language experience of their teachers and other members of staff around the school. One student discovered that a certain member of staff speaks Polish at home and studied French and Spanish as their degree, as well as studying Classics (Latin and Greek) at school. In addition another member of staff has lived a very international life having lived in West Africa during childhood and worked in Thailand, USA, Mexico and Spain throughout their career.

The day was thoroughly enjoyed by students but a particular well done to Kayce in year 7 who completed the treasure hunt and the poster competition wonderfully. Also to Vanessa in year 7 who took part in our Russian taster lesson and commented “it was really interesting to see how numbers in Russian are really similar to my family’s language”.

It was great day and we look forward to what next year’s celebration will bring.