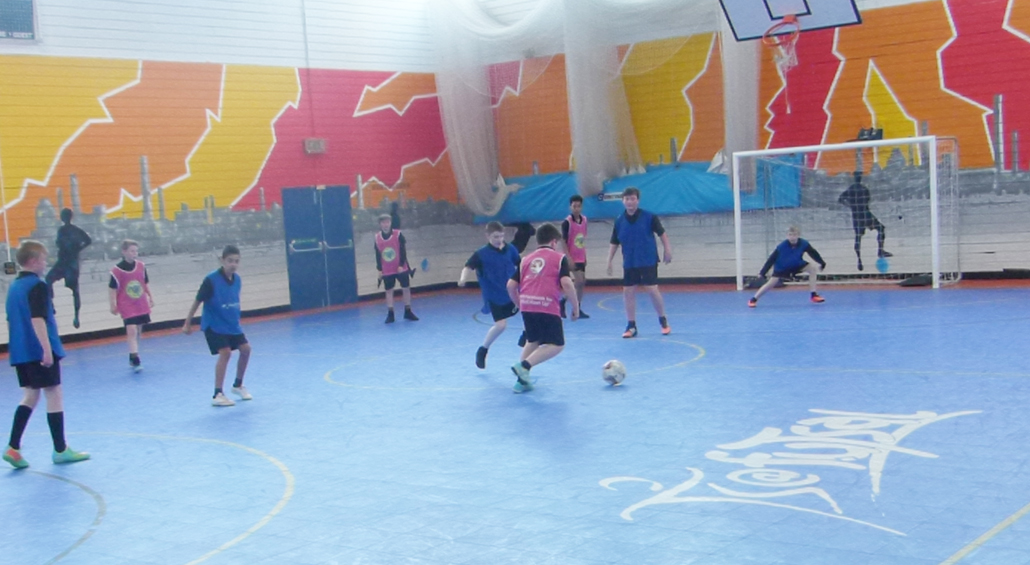 Sixty students from North Liverpool Academy have travelled to the North West Futsal arena in Oldham to participate in a tournament as part of a Futsal mash-up.

Years 7, 8 and 9 were involved as part of a reward for their continued attendance at the school’s Futsal programme. The tournament was ran by sixth formers Callum and Stephen who having successfully gained places at University for the coming year, have been gaining experience coaching and refereeing the schools teams to build leadership experience.

The students demonstrated their continually impressive Futsal ability for 2 hours non-stop. The vying sports stars were competing for a place to represent the school in the upcoming city wide Futsal tournament.

The tournament rounded off a fine few weeks for the Years 7 and 8 squads who were jointly successful in beating other local schools in recent weeks.

Callum said “The mash up has given me the opportunity to learn new skills and coach at a higher level which has prepared me for University”.

Stephen reiterated saying “Coaching the futsal at the Academy has helped me to develop the qualities and confidence to coach my own team. I look forward to furthering this at University next year”.

Teacher of PE, Mr Metcalf praised the boys dedication saying “Callum and Stephen have been excellent in their commitment to running fun sessions for our younger students all year. Organising this tournament has shown how big an asset they each are to the school and they will be sorely missed when they leave us for University in the summer.”