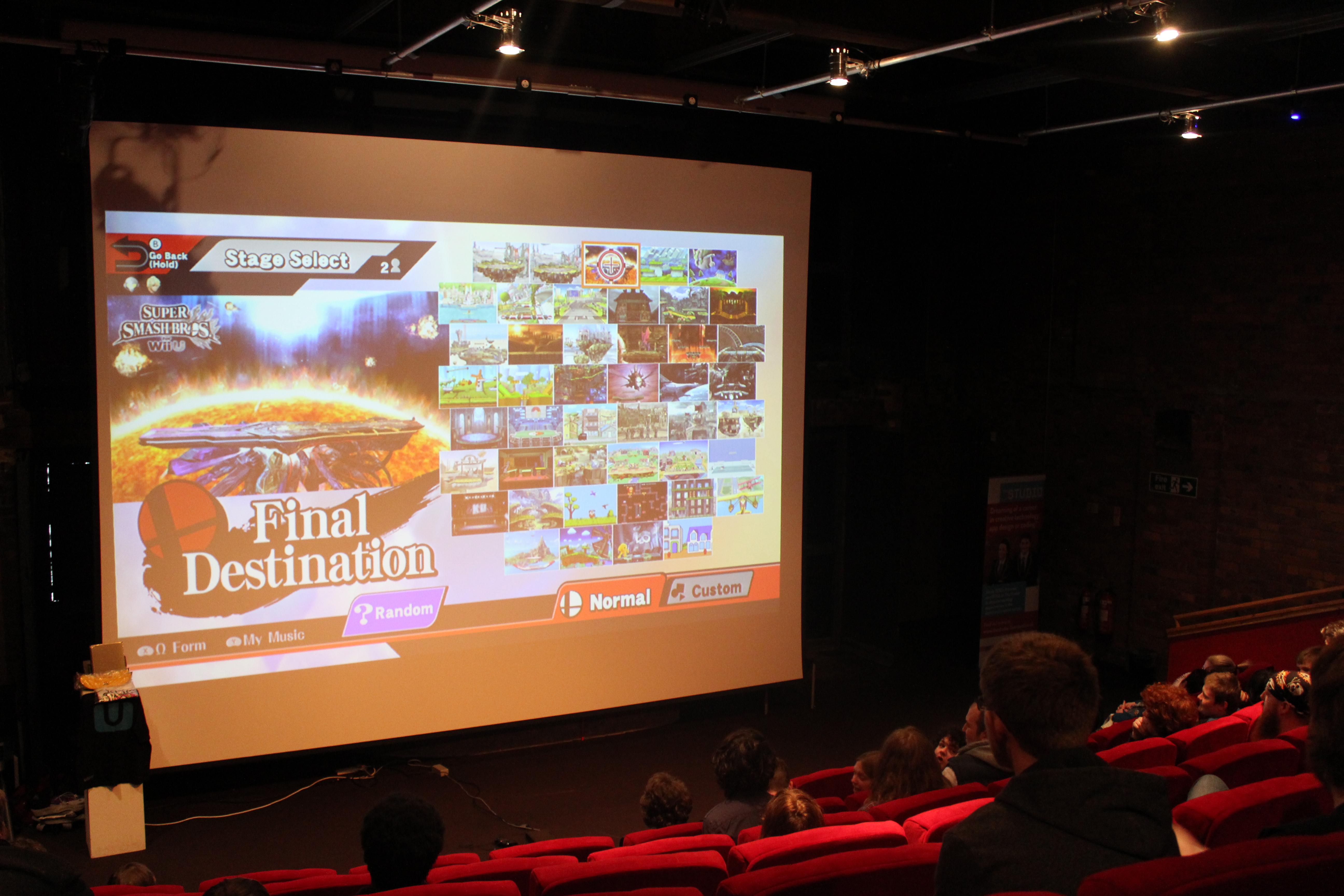 On Thursday 28th May The Studio in Liverpool hosted a community event in partnership with Nintendo and Streetpass Liverpool.

With over 50 attendees, competition to be crowned the champion was fierce! Knock-out stages were held in The Studio’s retro gaming mezzanine and moved up to the cinema for the quarter finals, semi-finals and final. Players were invited to select their controller and character of choice in a best-of-three match arrangement. Many players opted for the use of a traditional Gamecube controller, whilst others played remotely using their 3DS consoles.

The event didn’t just cater for Smash Bros. fans; as attendees were also invited to get hands on in The Studio’s three retro gaming rooms. Players tried their luck at Super Mario Kart on the Super Nintendo Entertainment System, and took turns to master the platforms in the original Super Mario Bros. on NES.

The final match hosted in the cinema brought together two expert Smash Bros players, with Streetpass Admin member Adam Sims taking on attendee Toby Jones. After a close final battle, Toby was crowned the champion with Adam taking second place. Winners of the tournament were awarded prizes provided by Nintendo, including eShop vouchers and Nintendo t-shirts and merchandise.

“The Smash Bros. tournament at The Studio was a stand out event. Congratulations to the winners but mostly to all of the competitors; it would have been nothing without you! Thank you to everyone that attended and to Nintendo for sponsoring the event.”

Jack M, Year 12 student at The Studio, participated in the tournament and said:

“I thoroughly enjoyed the Streepass Liverpool event on Thursday, as I could meet with Smash Bros. players of my own skill level and beyond. I was even able to bring a friend along to join in the fun! One of the highlights of the event was definitely watching the tournament matches in the cinema on the big screen, and even getting to play a match in there myself!”

You can stay up to date with events at The Studio using our Upcoming Events page and by following us on Facebook and Twitter.