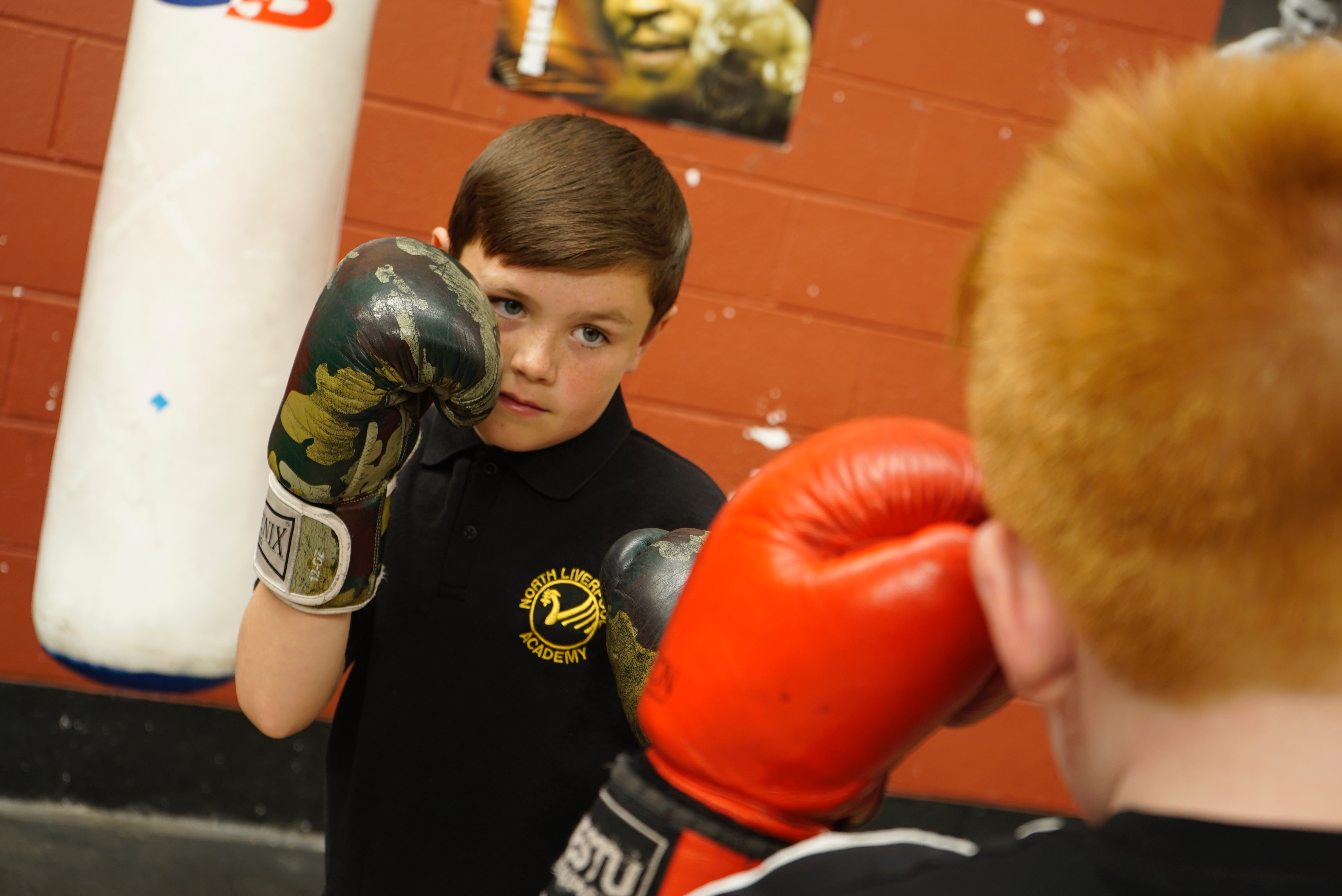 The bells rang on the next round of this year’s Sky Sports project earlier this week with a visit to Anfield Boxing Club. As part of the projects ongoing commitment to raising participation in sports beyond the curriculum our students made the short journey down the road to the state of the art Anfield boxing gym. The students were put through their paces by coach and club secretary Alan who has been actively involved in raising the aspirations of NLA students over the past four Sky Sports Projects at NLA and has coached champion athletes in numerous different weight categories over the years.

After a gruelling warm-up the students donned their boxing gloves and were put to test on some pad work learning about the importance of the jab and some being taught a telling lesson in keeping their guard up. Finally, time for things to go up a gear. Into the ring for some light sparring. Allowed only to use the jab to score points and having to slip and slide out of oncoming attacks our students showed some deftly footwork and produced some entertaining bouts. With the towering Aaron knocking down his competitor no fewer than four times in the first round of his quarter-final.

A thrilling final round saw Aaron take on boxer James who is already under the guidance of Alan at the club following his debut fight just weeks ago. A tight affair with jabs being exchanged at will culminated in a huge point score for James in the last 10 seconds to take the title of reigning champion in week 1.

If any students are interested in taking up boxing, contact Mr Metcalf at NLA or Anfield Boxing Club directly.