Here at the Northern Schools Trust, we have been inspired by the Great British Bake Off…have you?

North Liverpool Academy, Liverpool Life Sciences UTC, The Studio and The Kingsway Academy are all part of The Northern Schools Trust. The four schools and a cross Trust team competed in the Bake Off heats to win a place in the Showstopper final! The Northern Schools Trust wellbeing team decided to run this activity to improve staff wellbeing, and it has gone down a real treat!

The Studio school got the competition off to a great start. A variety of staff got involved and it proved great fun. The staff arrived and found out that the Technical Bake was to make 10 perfect profiteroles. Star Baker was won by Maths teacher, Miss Weston. Her ‘shop bought quality’ profiteroles won the Principal, Mr McInerney’s, vote on the judging panel.

Soon after the Northern Schools Trust team and Life Sciences UTC team’s heat took place…things were heating up in the kitchen and the competition was tight! Learning assistant Declan took the lead for team UTC! Marketing Executive, Rebecca was high flying with the highest score yet and sailed through to the final.

Next up, The Kingsway Academy. A large and varied group of staff took part in this heat and thoroughly enjoyed it. So much so that Mr Ward, CEO and Founder of Northern Schools Trust, allocated our runner up, Miss Bailey, the ‘Wild Card’ sending her straight through to the final along with Miss Rooney, our winner. 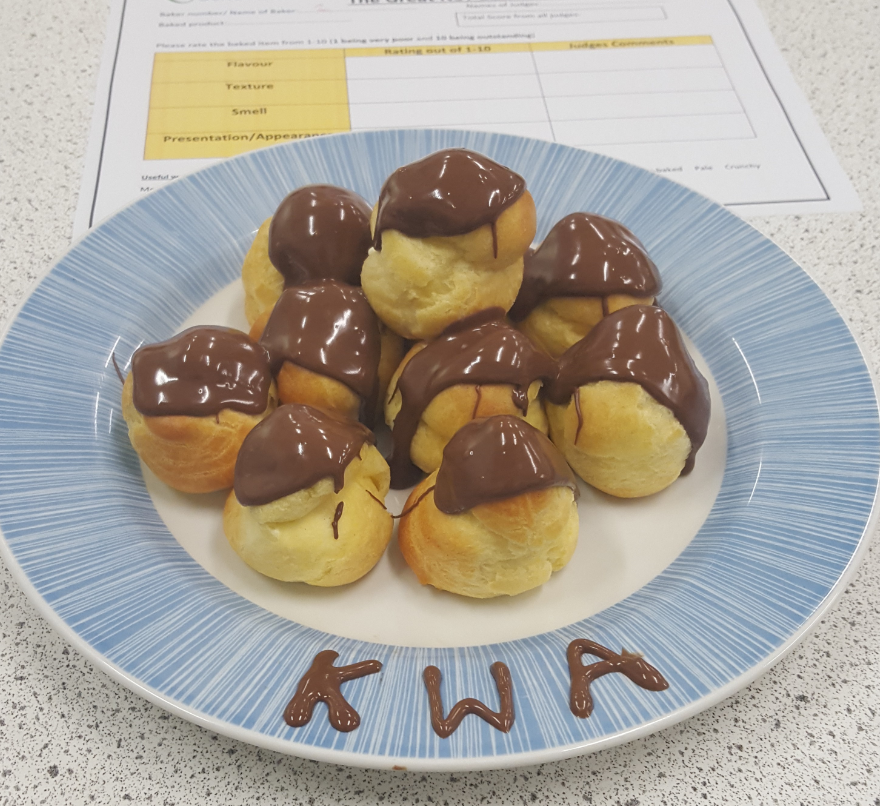 Last up was North Liverpool Academy. Principal, Mr Westerdale, put on his apron for this heat, along with Miss Laura Charlot, a Modern Foreign Languages teacher. This was a very close call as both bakes were of a very high standard, but it finished with Mr Westerdale heading straight through to the final!

The winners are now heading to the final to make their Showstopper, which must be a two layered cake of their choice allowing them to be as creative as possible with their decoration and flavours. This was a fantastic way for staff to have fun and get to know to know each other better, whilst at the same time raise money for Radio City’s Mission Christmas!