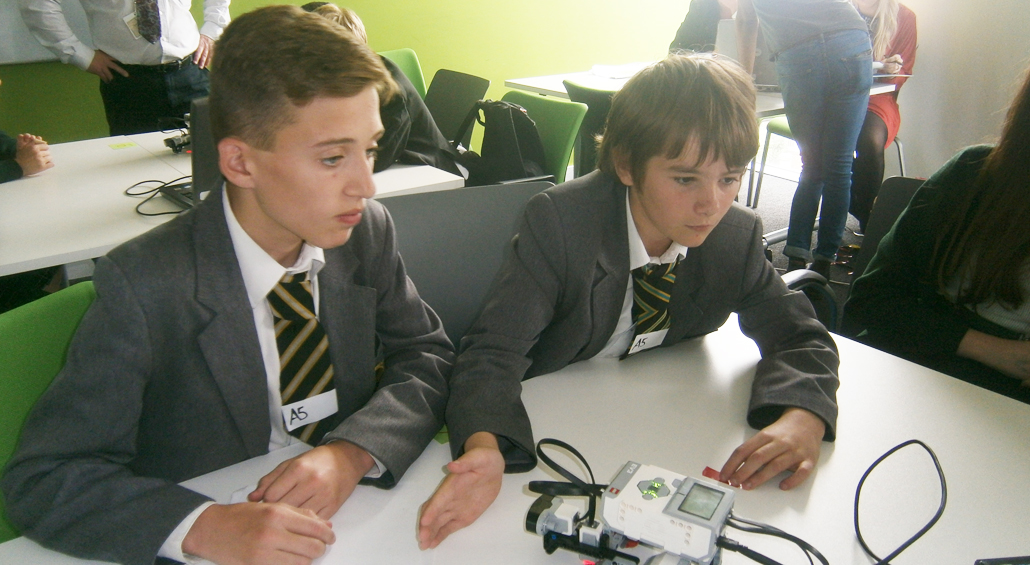 Teachers Mr Bowers and Miss Smethurst recently had the pleasure of taking a group of Year 8 students on a day trip to Liverpool John Moores University for the MCS Science and Technology challenge day for Year 8 and 9 students. During the day our students were paired up with students from other schools and were set a series of challenge activities designed to introduce and test them on different Science and Technology areas.

The students took part in 4 challenges that included using the latest Lego Mindstorm EV3 kit to design and build robots, using commercial E-FIT software to generate an image of a ‘thief’ in the same way the police do, build a battery powered car and finally design and build a bridge with limited resources to hold a set of weights.

In the first round the North Liverpool Academy students won 2 of the 4 challenges, students Tao and James took first place in the bridge building with a day’s best score of 4.6kg and Ruby and Nikita won the E-Fit challenge.

Things continued on a high after the break with the students taking a full sweep in all the challenges. Toa, James, Nikita and Ruby continued their winning streak. The boys took first in the E-Fit challenge and the girls bringing in another win during bridge building. Jacob took his first win of the day along with 2 girls from Greenbank High in the robotics challenge while Robert and Serxhio completed the mornings sessions with a win in the battery powered car challenge.

The last and final session saw more wins for the school with Ruby and Nikita completing a hat-trick for the day during the robot challenge and Toa and James rounding the day off with their third win with the battery powered car challenge.

It was final time, the judges had to consider which group had shown the best team work, displayed significant thought and planning and completed the challenges with very highest scores? 3 teams were up for first place, 2 containing Academy students. In third place was Ruby and Nikita with their partners from Greenbank High, who had been amazing all day, worked well together and would have been fully deserving of first place. First place went to Tao, James and their team mates also from Greenbank. With outstanding results in all their challenges, great teamwork and meticulous planning they have got themselves through to the North West finals in Manchester later in the year.

Mr Bowers added “I would like to thank and congratulate all the students that took part in the day including Tim and Reece, it was amazing fun and an honour to watch our students not just succeed but to work so well with students from other schools.”