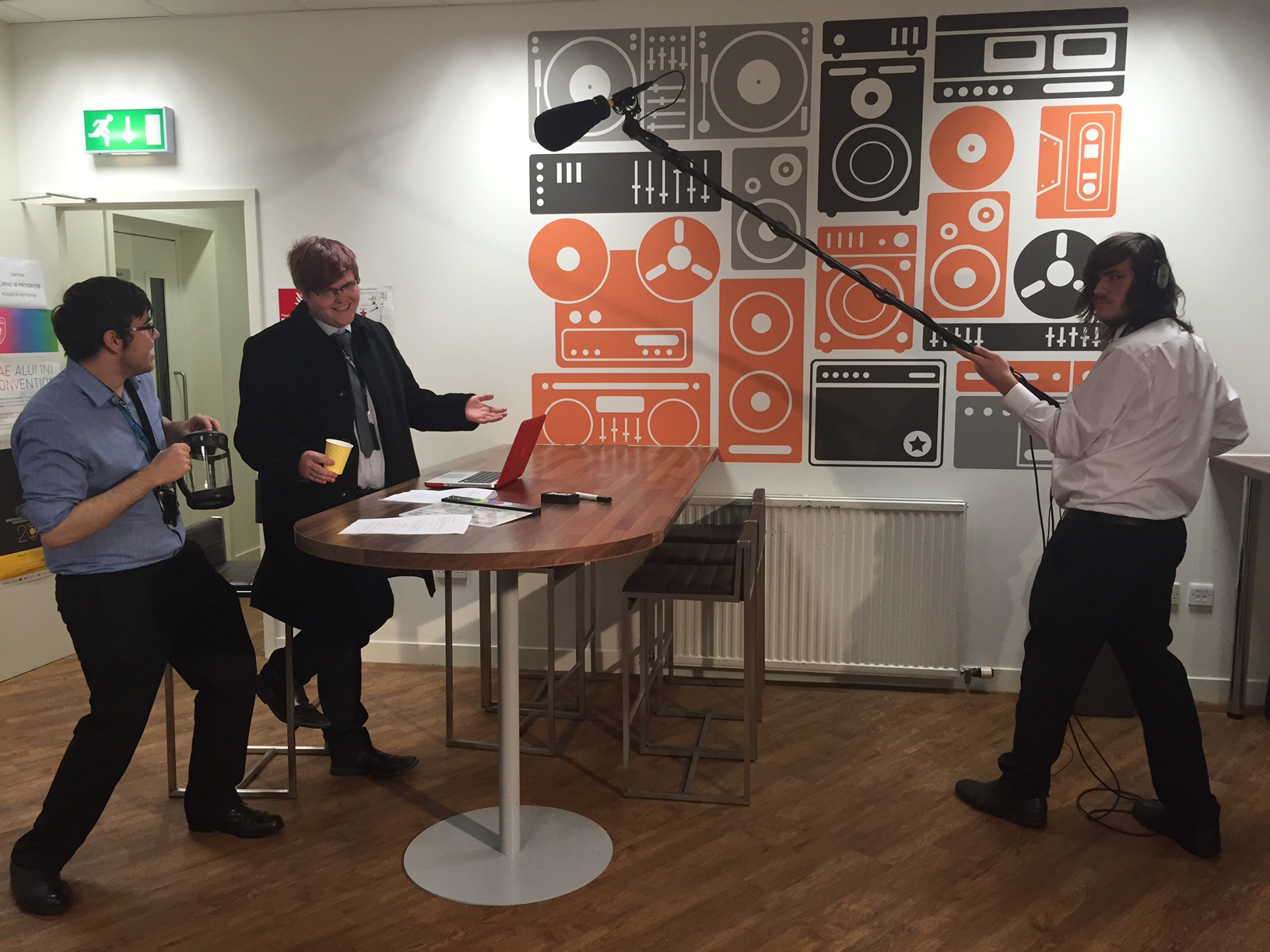 Last term Year 12 and 13 A Level film students attended a film making workshop at the SAE Institute in Liverpool.

The event was titled ‘Script to Screen’ and invited students to act out the script and follow filming guidelines to produce a short scene for a television drama. Students gained practical experience using industry standard equipment and worked together successfully within a professional environment. 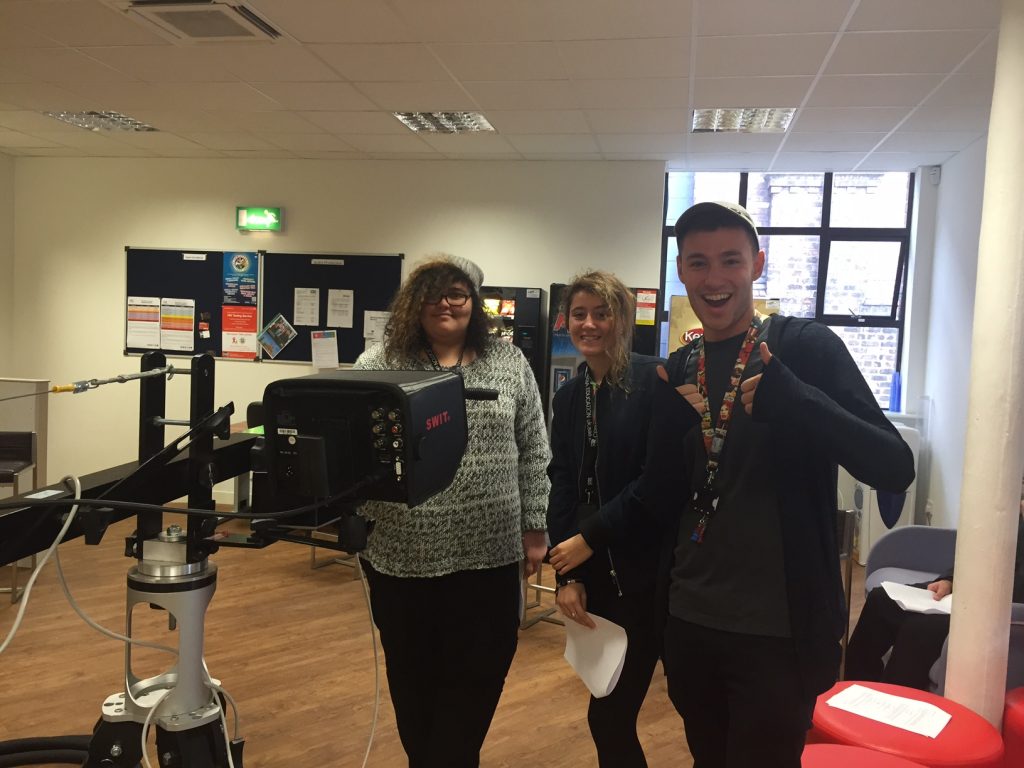 Tamara D from Year 13 attended the workshop. She said:

“It was great being able to gain a hands on insight and act out the different roles in a model TV studio!”

Kaylie Lewis, Subject Leader of Film Studies at The Studio arranged the visit and said:

“The students really enjoyed the experience. They were mentored by film studies university students and had the chance to use more advance equipment and a green screen studio.”