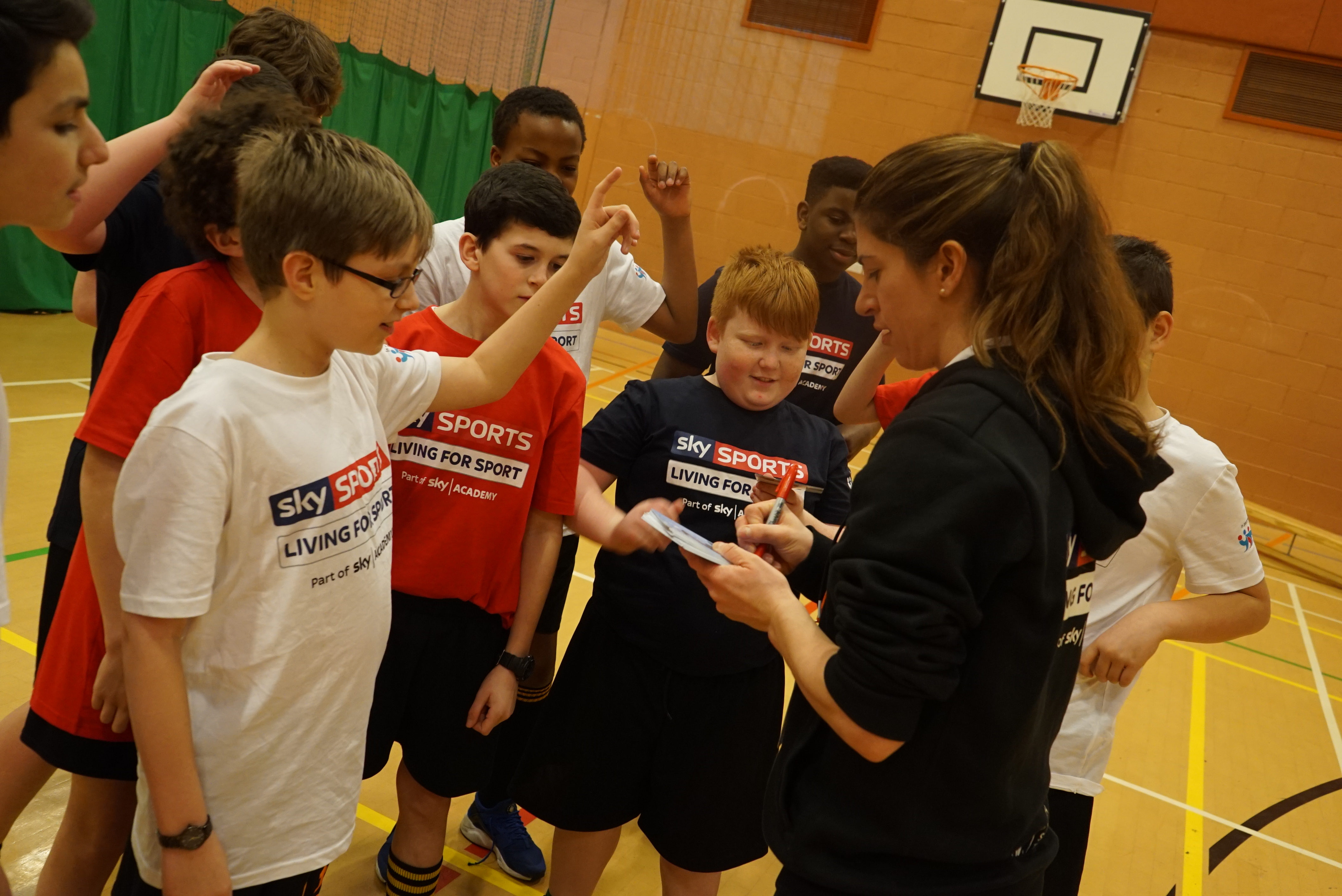 Wednesday 1st March saw the launch of this year’s iconic and nationally acclaimed Sky Sports Living for Sport project at North Liverpool Academy, which is the latest in a long line of Sky Sports Projects to take off with us. This year’s project aims to use sport to combat low-literacy levels and inspire a love of reading and creative writing. We set our chief sports news reporters Ethan and Aaron the task of finding out about what all of the fuss was about.

“Today a famous person called in called Jenna Downing who is a world inline skater champion visited North Liverpool Academy. First thing we did was a game to get to know each other that involved rolling a dice and whatever number it lands on you had to say that many things about yourself – it was really interesting getting to know everyone. When I rolled the dice it landed on 3. Then we listened to her story it was quite interesting. We also learnt about her favourite book and how reading has helped her develop a successful career outside of sport too. After that we did some role play to develop our journalism skills and had to act as reporters and ask probing questions. This really helped to develop our creative writing which was good because it was the same week as World Book Day! Finally, we went into the sports hall and played some games. My favourite has to be the tug of war because it was really tough and fun to do.”

Here’s our reporter Aaron to give us the low-down on this year’s athlete mentor:

“It has been reported that Jenna Downing – inline skater has won the international inline skating competition. “I feel incredible” stated the notorious and renowned star. During her prime, she actually wanted to become an actor in her hometown – Barnsley. As there weren’t many opportunities for stardom, she began to do skating. At twelve years old she was a phenomenon and has been pro for many years. She has met other stars like Tony Hawk – professional skateboarder – and even has her own roller skate brand.”

Mr Metcalf reflected on the project:

“I am really looking forward to working with this exceptional group of young people. 2017’s project will certainly be one of the most exciting on record.”