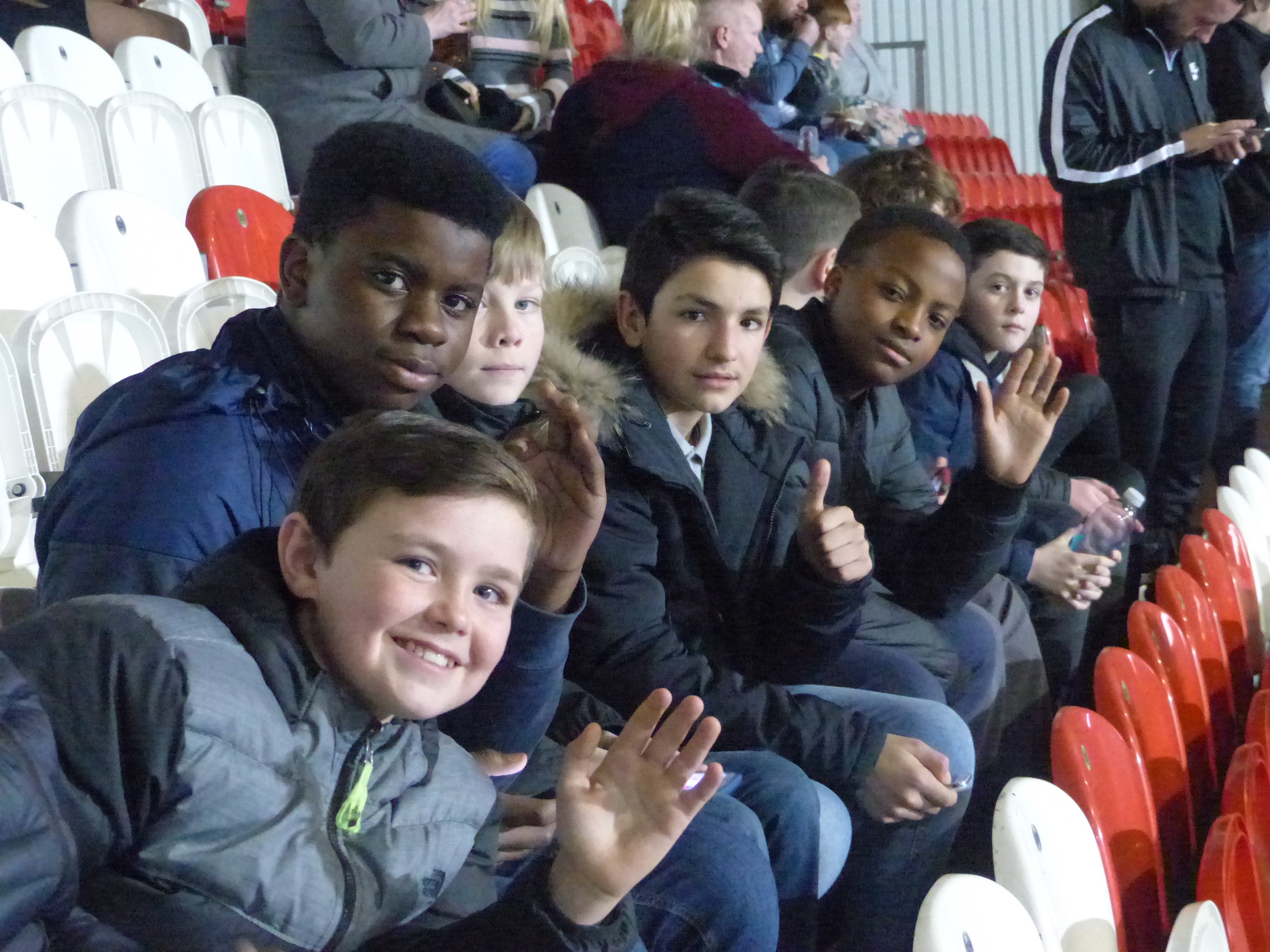 On Friday 27th March 2017 students from the Sky Sports Living for Sport project were invited down to the Totally Wicked Stadium to watch St Helens Saints take on Warrington Wolves. The trip was funded by St Helens in order to increase participation in Rugby League ahead of the summer term which see’s the re-launch of the school’s partnership with North Liverpool Academy.

The students were invited to take part in the flag bearing before the game which was beamed out live on Sky Sports and gave our students an up close encounter with the players on the pitch. Having contributed towards creating a hostile atmosphere for the visitors, North Liverpool Academy were given free tickets to watch the match in its entirety and even had a piece written in the match day programme about their visit.

Despite a slow start, the Saints got going as the first half progressed and with some crunching tackles going in across the field the local derby was heating up into a fierce contest.

With the North Liverpool Academy students cheering them on, the Saints eventually ran out 31-6 winners against their rivals from down the road.