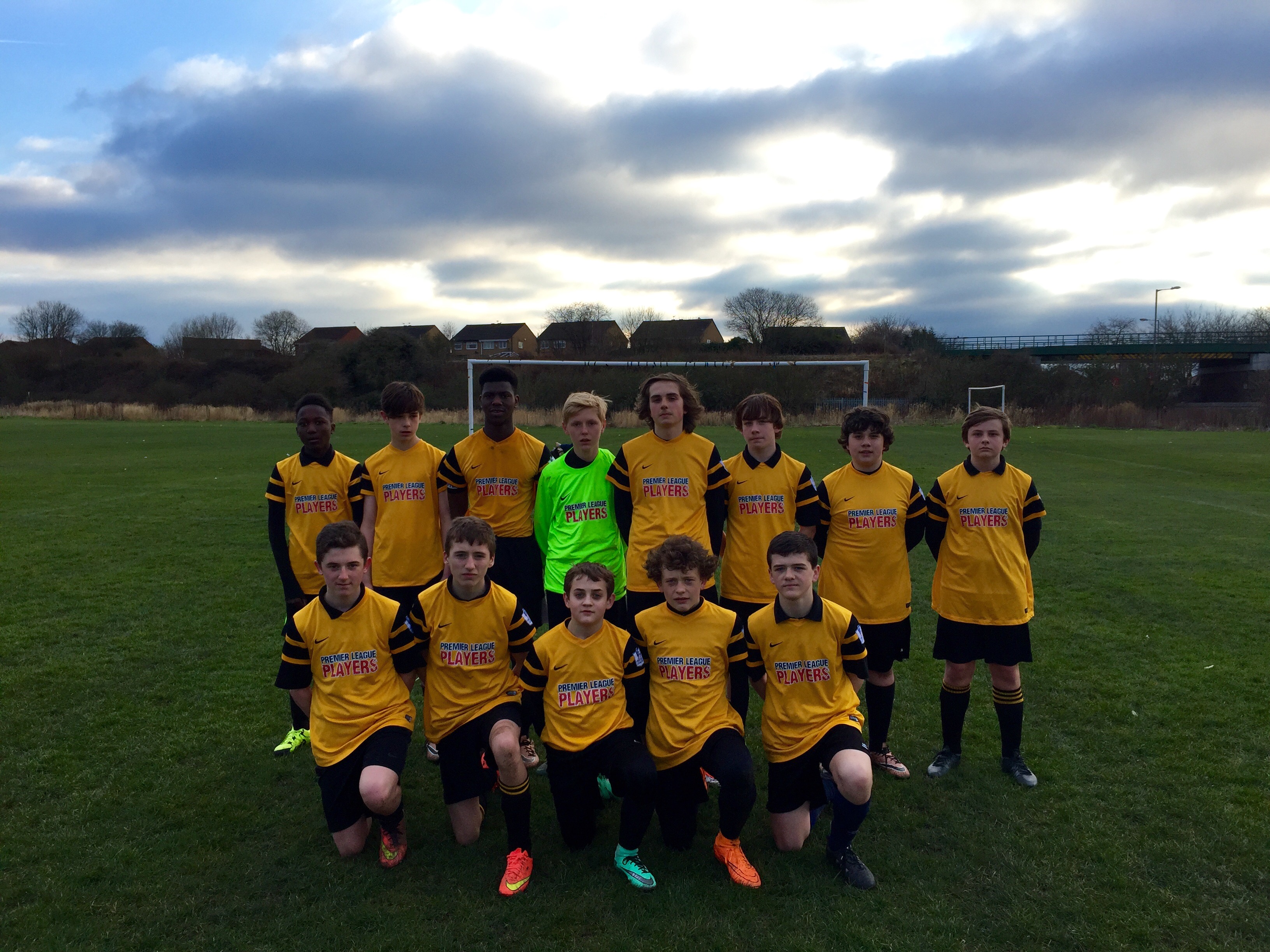 The year 9 football season came to a close this week in dramatic fashion as an eventful season took one last dramatic twist. Without a game in recent weeks since their National Cup quarter final exit in January the year 9 football team were in much anticipated action against nearby West Derby. With the recent Arctic conditions decimating the home pitch known by fans locally as “Fortress Breck”, NLA made the short journey down to Maiden Lane to thrash out what would soon become an enthralling Liverpool Cup Quarter Final.

With a make-shift defence due to absentee’s Riley was recalled to make his first appearance of the campaign at left back; offering much needed balance in the side. It was not enough though as NLA leaked 3 early goals to see themselves trailing approaching the half time interval.

A tactical change saw Kearns-Quinn pushed forward to spearhead an attacking 3-4-3 formation which paid immediate dividends as Murphy netted to secure a crucial goal on the stroke of half-time. A rallying team-talk and 2 substitutes were called upon and NLA were back in the mix with Williams finishing off a fine counter-attacking move after a sumptuous assist from Kearns-Quinn.

Pressing for an equaliser with plenty of time to play yet another mistake in the make-shift back line brought about a 4th for the opposition before Kearns-Quinn continued to wreak havoc in the final third latching onto a fine ball from the ever impressive Captain Shaba – reducing the deficit to a goal with plenty of time still to play.

The opposition scored a controversial 6th with keeper River’s down injured before Captain Shaba and top scorer Williams stepped up to notch his 13th of the campaign bringing NLA to within a goal of extra-time.

Despite dominating the 2nd half and creating plenty of chances to win it at the death with Kearns-Quinn narrowly hitting wide and a bullet header from Sung  NLA were unable to get through and were dumped out of the competition at the quarter-final stage.

The fixture signalled the end of what has been an enthralling season for the team, notching up a very impressive 78% win rate across their 18 competitive fixtures this season with another impressive showing in reaching the quarter-final of the National Cup.

Mr Metcalf was quick to pay tribute to the players for their achievements noting “The boys have gelled well together this year showing solidarity and determination when their backs have been against the wall. They have bought into a philosophy and their achievement is fully deserved and down to the hard work that they have put in.”