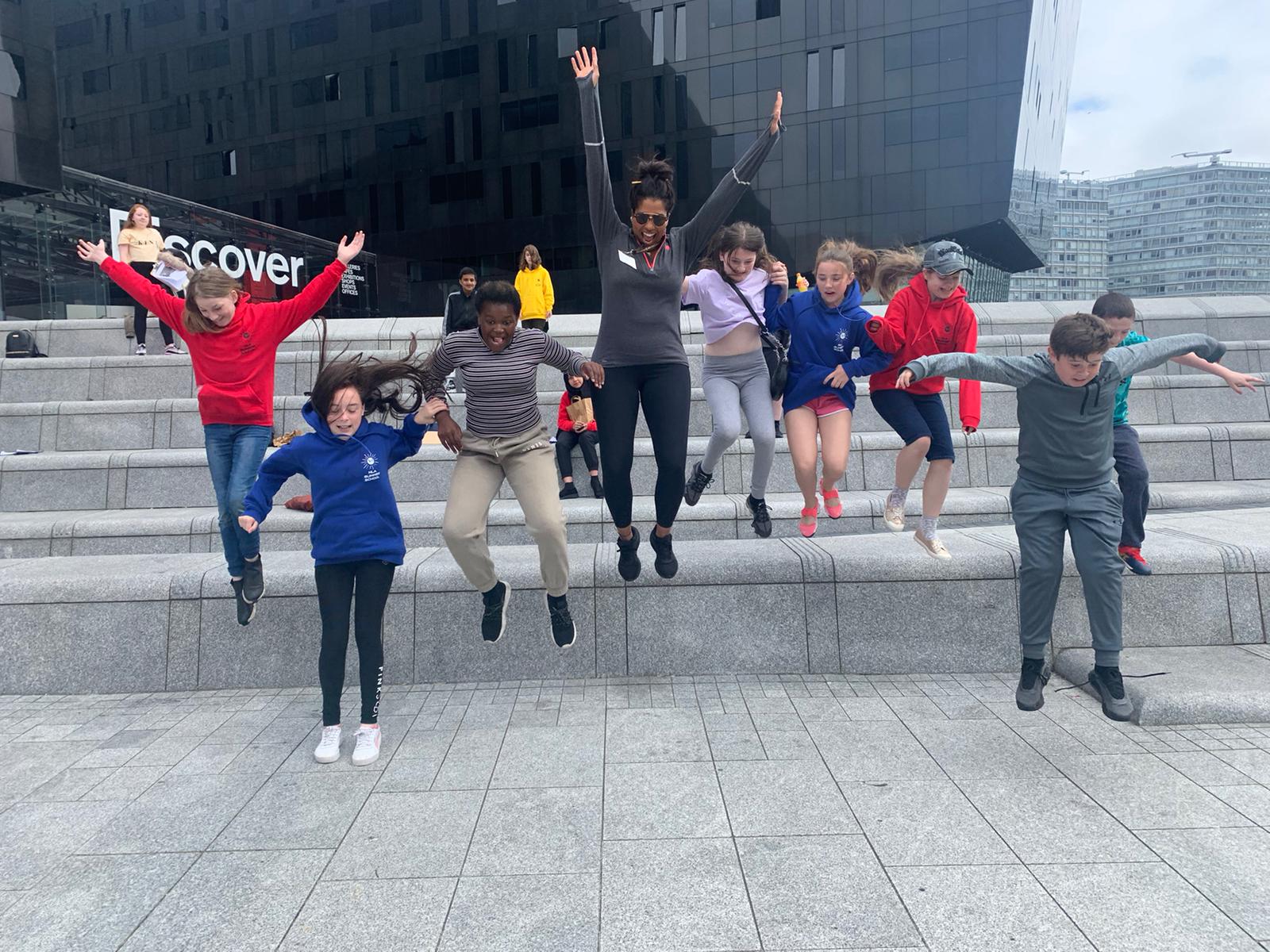 I was so pleased to be asked to lead a Humanities Summer School this year. With the days missed through isolation and illness, many of our students have missed out. We were especially worried about our most vulnerable groups, who need the stability of school to help them develop and thrive, not just academically, but socially and emotionally.

The cohort of students were hand-picked and we chose students who would benefit the most from having extra time to develop their confidence with oracy, through the Humanities disciplines of Geography and History. I was also keen to build on the excellent work done last summer, with the same students around family trees.

We chose to base our learning on our wonderful city – Liverpool. We started the week with an introduction to Geography fieldwork. Fieldwork is the best part of geography, in my opinion. Now that it is examined by final assessment, rather than coursework, it is even more important that students gain a deep understanding of the process. I went on some cpd last year, led by Andrea Wood. Here is a link to her ideas.

“Fieldwork is now assessed in the exams at GCSE and the exam questions will always assess just AO4 geographical skills and AO3. Students will be asked about the fieldwork they have undertaken, and they will be required to answer questions on an unfamiliar fieldwork scenario.

“In both cases, students will need to be confident to be critical and write evaluatively about their own fieldwork methods and conclusion, and about the methods, data and conclusions presented.

“An understanding of, and the ability to identify, the fact that many of the methods used for GCSE fieldwork will have limitations and will often cause data to be inaccurate or unreliable is essential.

“The ability to think critically and question things is, therefore, an important element of preparing students for the fieldwork element of exams.”

Fieldwork has historically often been done badly by schools. This is because fieldwork used to be assessed through coursework. This meant that it was very teacher led. Students would be taken to a location and coached through each part. Then there was a tick list of everything that should be covered in the write up. This meant that deep learning was not embedded. This theory is evidenced in the poor performance nationally of students in the exam section on fieldwork.

With current exam questions, students need to have a critical awareness of each part of the fieldwork process, from formulating hypotheses to the methods that they select and use to the validity of the conclusions they draw. This is a big ask, especially for the lower ability.

To become a critical thinker in Geography, students need to have the time for trial and error. They need to have the opportunity to try out different research methods and to figure out why things don’t always go to plan. This is the only way that they will be able to access exam questions later on in their school career.

Summer school was the perfect opportunity to try out some of my ideas. I kept the concept simple, due to age (year 7, going into year 8) and ability. We started by evaluating our school grounds. After lots of discussion we settled on a group hypothesis of – “the front of the building is the nicest part of the school”. We thought about how we would go about our investigation and the students created their own criteria for environmental surveys and chose 4 places to complete them, for comparison. We had time for trial and error. We evaluated what we had done. Some of the students said that their data from the surveys did not match their own view about the nicest part of the school. They were then able to make the link back to the quality of the research methods that they had used. By keeping it simple, we were able to begin the process of gaining an understanding of fieldwork.

We followed up the next day with more environmental surveys (improved from the day before) in Everton Park. This time adding a field sketch and annotating their ideas about how the area could be improved. Students were able to present their ideas back to the group. Some of them were nervous, but most were prepared to have a go.

Wednesday was based on a trip to Liverpool, for the geography element we were focused on the theme of regeneration. From here, the History team took over the planning. We split the group into 2, half went to the Maritime Museum and half to the Museum of Liverpool. The groups then presented to each other what they had found out. Students were also encouraged to find an artifact to talk about individually. By now, we could really see the confidence of our students growing.

We were also very lucky to have an extremely knowledgeable history teacher, James Macauley, who took us on a walking tour of the city. Members of the public stopped to listen! At one point the Deputy Mayor of Liverpool (Jane Cornett) stopped to listen also! The tour gave us lots to discuss as we came back to the classroom for the last 2 days.

On Friday we had the final of our debate. I was really pleased to see that every student joined in. It was brilliant to see how much confidence had been gained and the passion with which they argued their points. We had a student panel of judges and they worked really hard to mark fairly using the criteria given.

We finished the day with stone painting, to draw our ideas together and also to have a momento to take home. Each student was given an NLA summer school hoodie, in house colours, a notebook and some David Walliams summer reading. 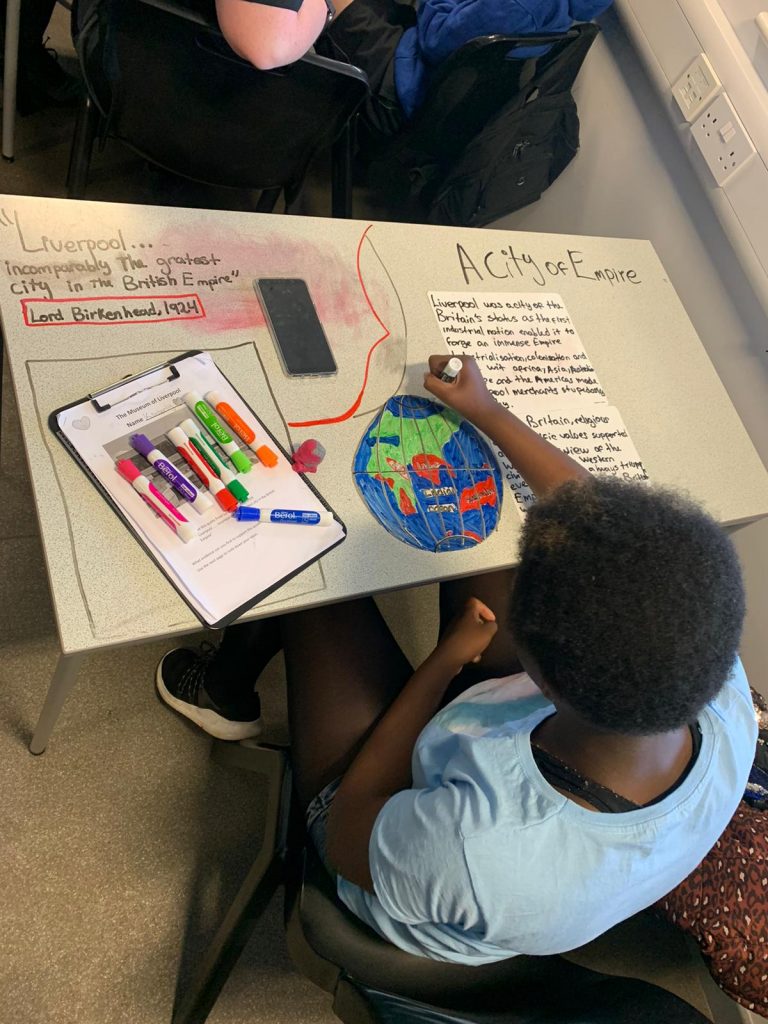 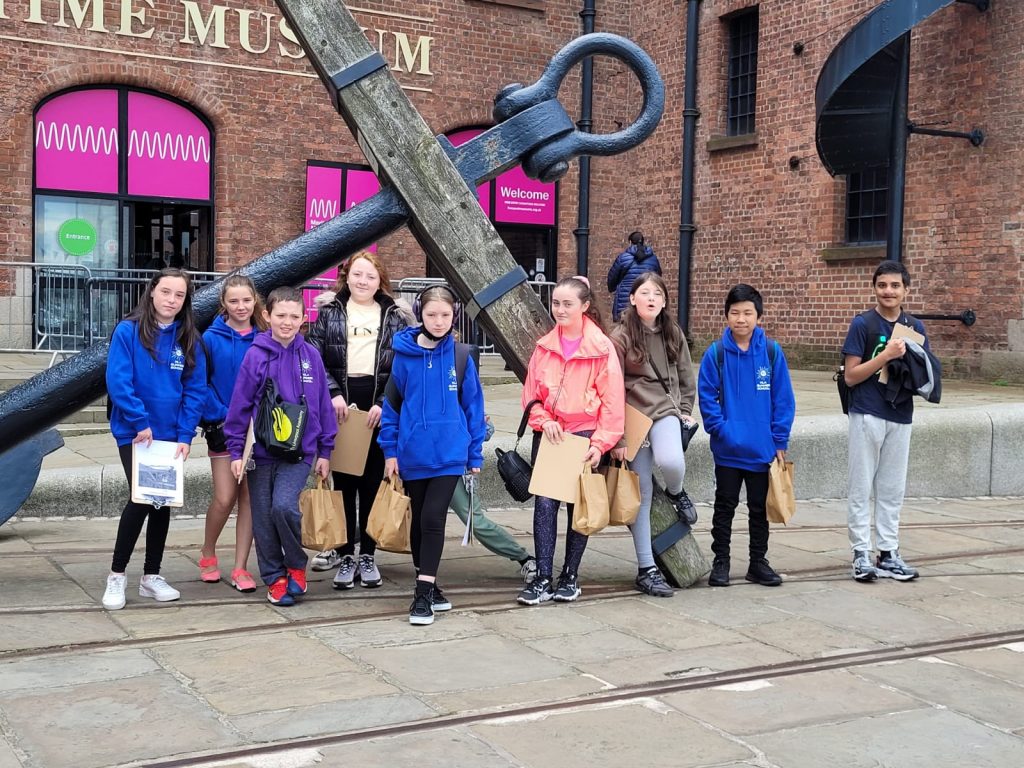 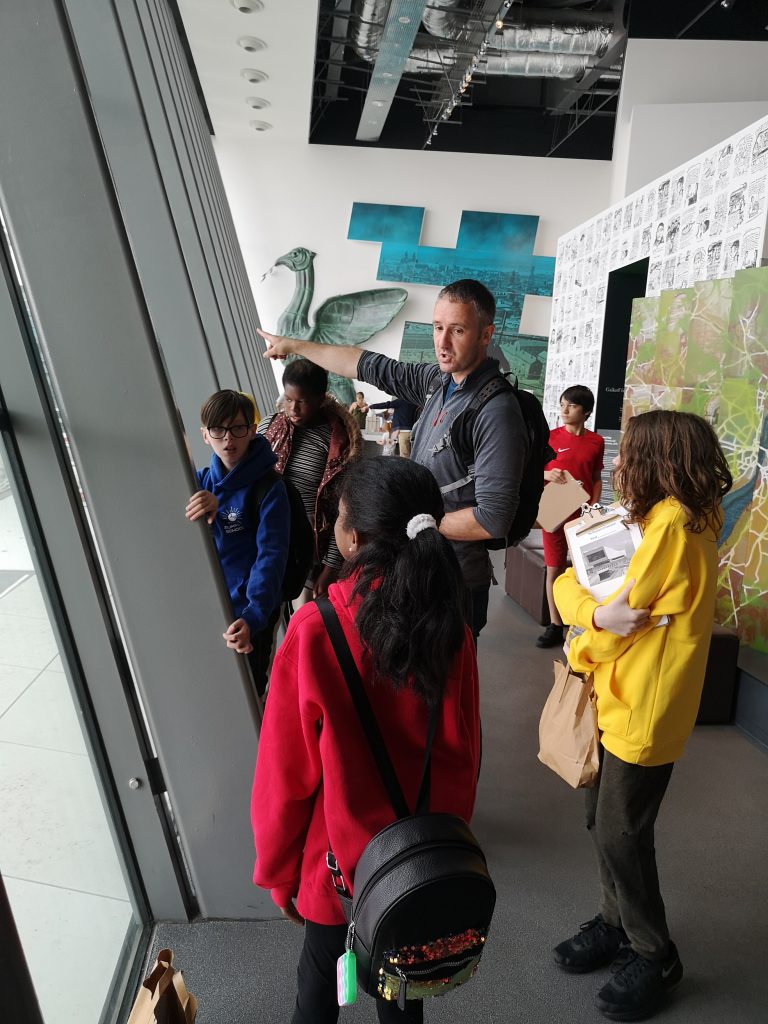 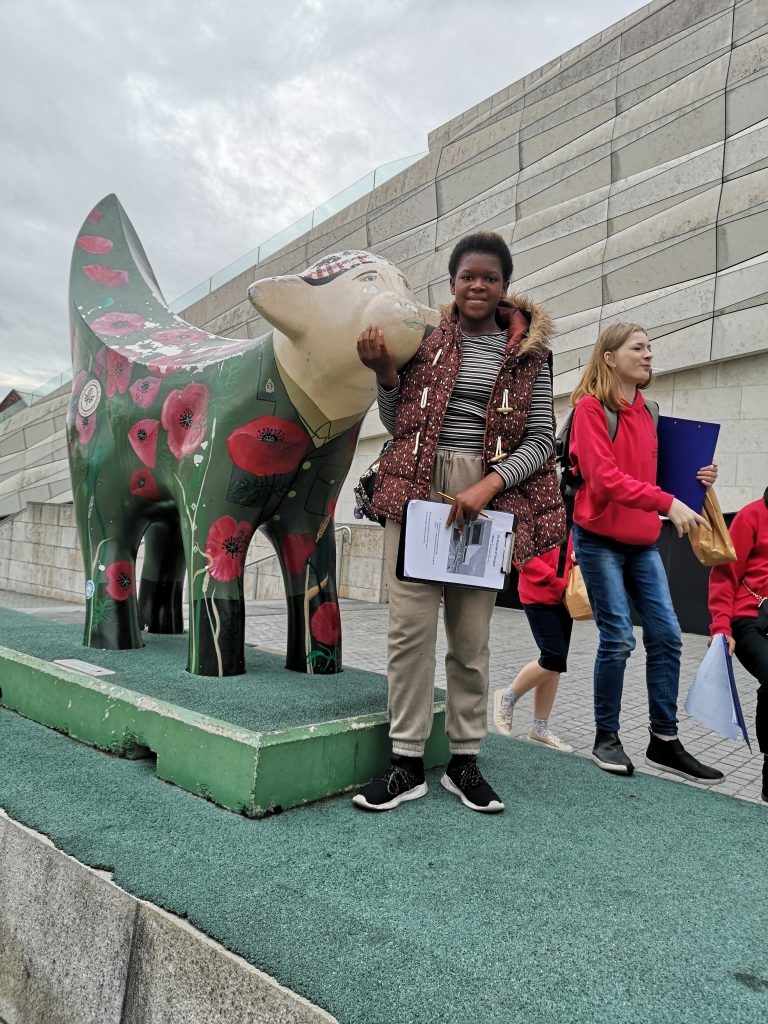