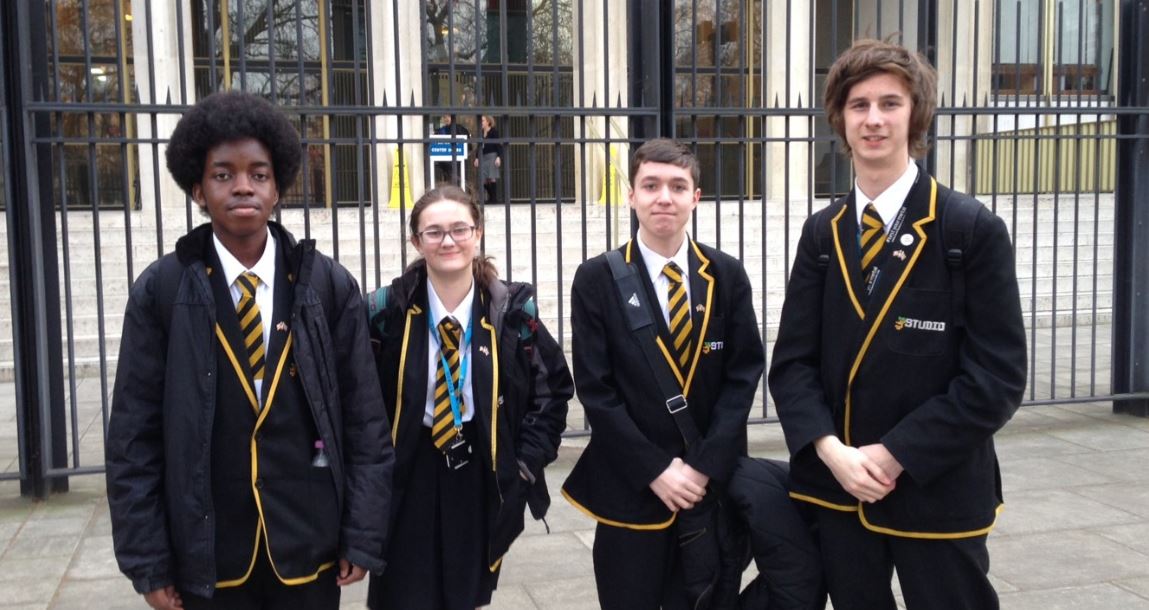 Earlier this term students from The Studio in Liverpool took part in the annual Benjamin Franklin Fellowship Debate Competition at the US Embassy in London.

The competition, which is held in association with the US Embassy London and the English Speaking Union, invited students from schools in London, Manchester, Liverpool, Leeds, Coventry, and Bradford to debate a variety of topics ranging from electronic voting to war.

Four students from The Studio were invited to attend and took part in two heats debating the questions; ‘Should there be online voting in the general election?’ and ‘Is there such a thing as a just war?’

The Studio team gave an impressive performance winning both heats, but fell short of the final by just 3 points. Chris Challinor, teacher of History at The Studio, accompanied the students on the trip. He said;

“Our pupils were fantastic in terms of their organisation, arguments put forward and their justification of views. We are very proud of them for winning their first two heats and being given an honourable mention for finishing 3rd in our first attempt in the competition!”