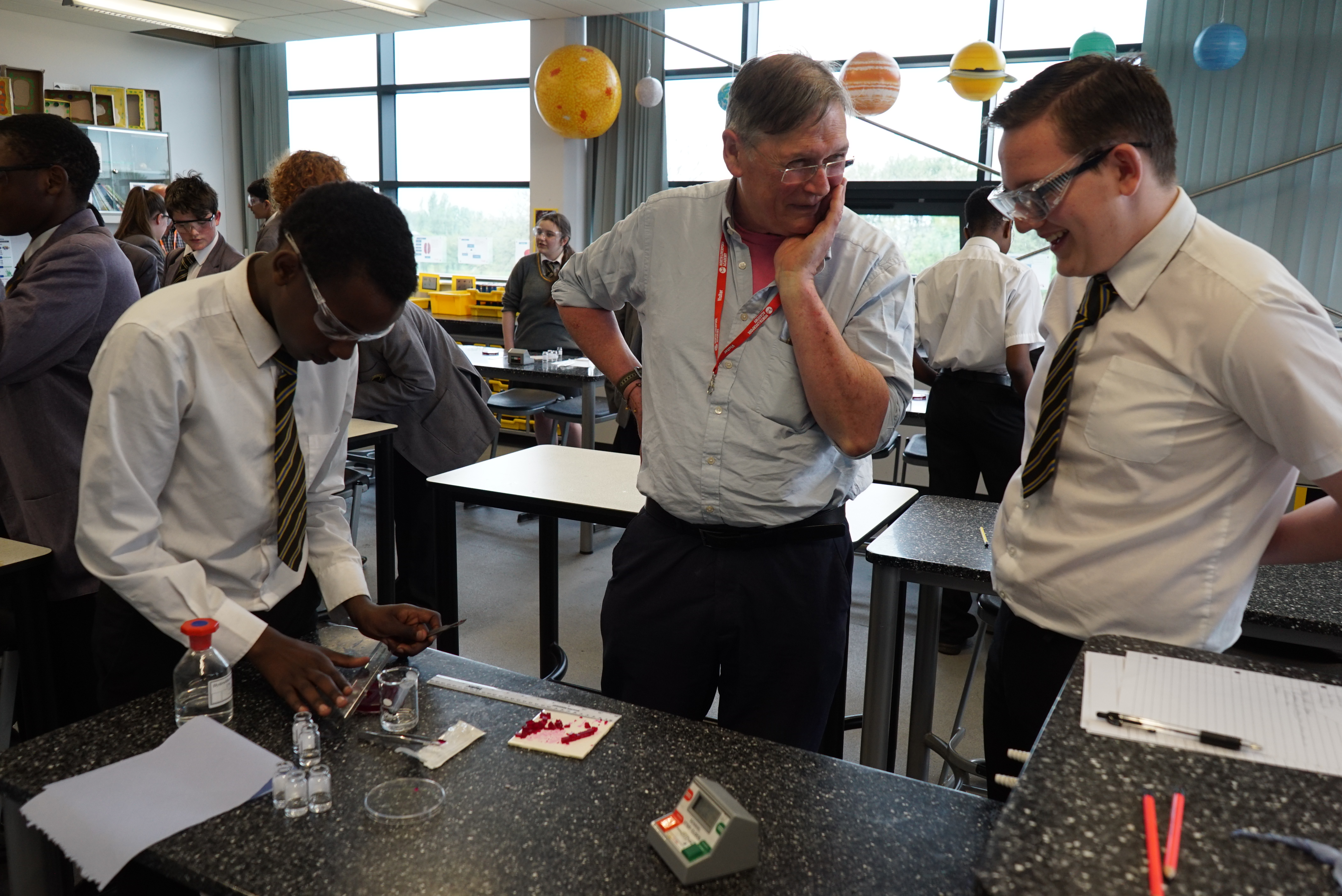 Sir Richard Timothy Hunt, is a British biochemist and molecular physiologist. Along with two other scientists he was awarded the 2001 Nobel Prize in Physiology and Medicine for their discoveries of protein molecules that control the division of cells. The cyclin mechanism of cell division is fundamental to all living organisms and helps shed light on the growth of tumours in humans.

Tim visited North Liverpool Academy on Tuesday 10th May. He met with Science Department staff and students who were completing an A-Level practical. They were looking at how surface area to volume ratio effected diffusion rates in agar jelly. Tim provided his expert scientific advice and support to the students and then later on in the day gave an inspiring presentation to our sixth form on his Nobel Prize and what it’s like to be a scientist.

Tim gave great insight into the life of a scientist and our students had a great day learning about the wonderful world of science. Discoveries are waiting to be made.