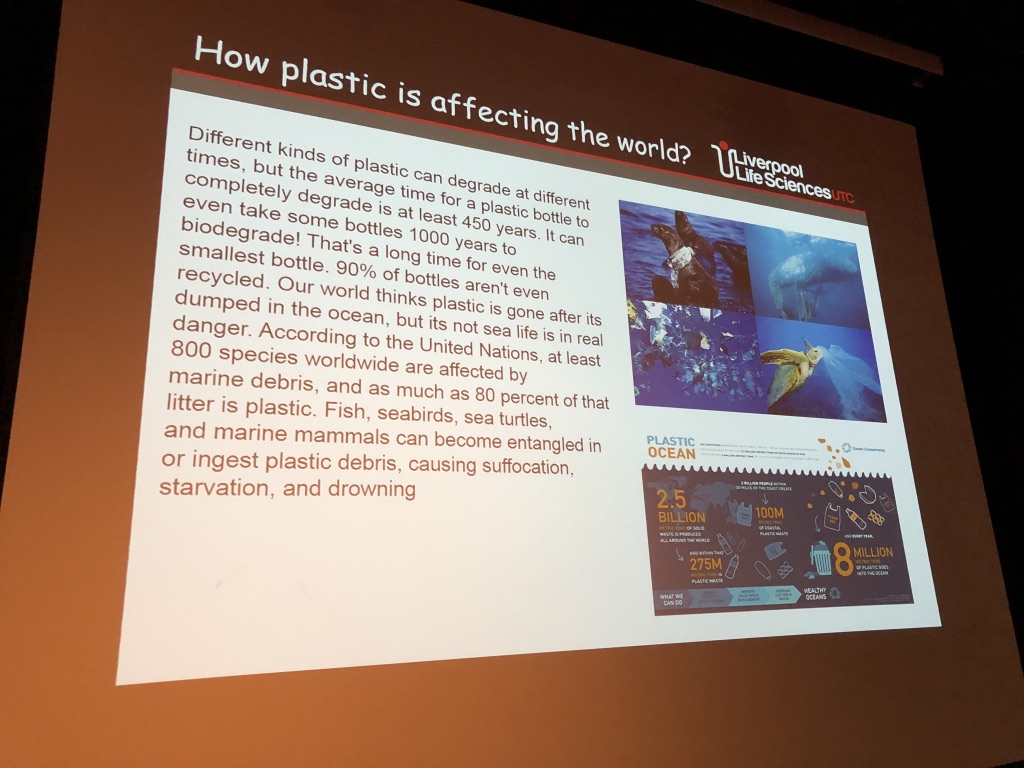 “We live in a city renowned for its creativity, passion and ability to communicate with the world. The Awesome Foundation offer a wonderful platform to support and promote, well, ‘awesome’ projects,” says UTC principal Ian Parry.

“We were hugely honoured to host the evening at the UTC/ Studio school. It provided an opportunity for our young people to share projects and passions that are well outside the normal school curriculum and they flourished. With £1,500 awarded to three projects, watch this space – the young people of this city are going to truly change our world for the better.”

Seven ideas were pitched on the evening to Awesome Foundation trustees, parents and students – ranging from projects to support volunteer clean-up crews for the Baltic Triangle and local beaches across the city, a range of science projects including creating packaging and building blocks from Mycelium and a mental health campaign.

The winners were Emma Byrne and Pause and Finding the energy in different plastics by Kim-Hendrik Merk, both UTC students. Annabelle Robinson from The Studio also won a £500 award for her Liverpool Litter Picking Crew idea.

Robyn Dooley, founder of alternative education company OH and Awesome trustee, said, “If there was ever a night to be inspired it was this one. Hearing the ideas and passion that came from the students who presented on the night blew me away – the only difficult thing about it all was choosing the prize winners. They all deserved a prize!

“If we base the future on the ideas that we heard on the night, then it’s safe to say that we’re in good hands.”

The award was the biggest gift night for Awesome Foundation Liverpool, in terms of prizes awarded, since it launched five years ago. To date it has given out over £50,000, £500 at a time, to support ideas that bring joy to the city. To find out more about Awesome Foundation and to submit a project for consideration in a future award, head to https://awesomeliverpool.co.uk/.