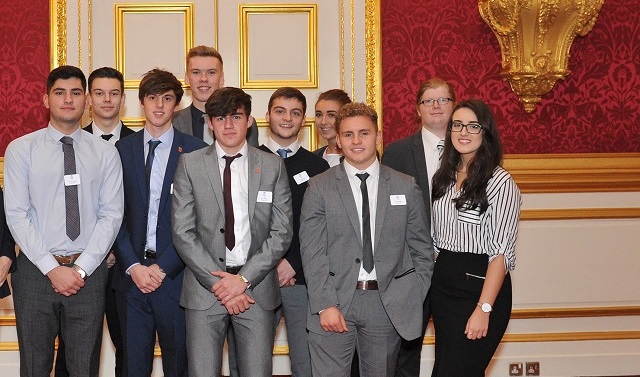 On the 6th November 2017, Wigan UTC pupils received Duke of York Gold awards from HRH the Duke of York at St James Palace in London.
Britain ‘doesn’t always need philosophers’ or ‘people who can write perfect English’, according to the Duke

University technical colleges (UTCs) give students “the most useful” knowledge of any type of school, according to the Duke of York.

An education at a UTC – which specialises in vocational education and technical training for pupils aged 14 to 19 – provides the greatest flexibility to cope with the “velocity of change” in the workplace, the Duke told students yesterday.

“The velocity of change in the workplace is only increasing, which means that many of you aren’t going to be doing what you are doing now.

“But the basis of knowledge that you have gained whilst at the UTC is probably the most useful basis of knowledge in any school system that we have in the UK. It gives you the greatest flexibility in being able to cope with that velocity of change.”

The Duke of York compares his pilot training with an apprenticeship, and says not going to university ‘shouldn’t be a barrier’

Getting young people to consider apprenticeships is a “step in the right direction”, the Duke of York has said.

Apprenticeships give students a skill that makes them worth more in the workplace, the Duke argued.

Speaking to Tes at the Duke of York Award for Technical Education ceremony at the St James’s Palace, he said: “I think if we can encourage young people to think about apprenticeships and get themselves skilled in something before they get necessarily educated, it’s a step in the right direction.”

The Duke added: “If you get an apprenticeship and you then get to go touniversity, nine times out of 10 your employer will pay for your university education, which therefore resolves the problem of student debt to some extent. So there are advantages in doing apprenticeships, but actually an apprenticeship gives you a skill and a basis upon which you can then expand your career in any different direction as you so choose.”

Last month, new government figures revealed that the number of people starting apprenticeships dropped significantly in the first three months after the introduction of the apprenticeship levy.

‘I did an apprenticeship’

After giving out awards to students from university technical colleges including​

​ Wigan UTC the Duke spoke to Tes about his own personal experiences.The Duke, patron of the Baker Dearing Educational Trust, said: “I did an apprenticeship in many respects. I didn’t go to university. I went to pilot training, which was an apprenticeship, and then the military career carried on from that.